Dan Loeb Retracts Call for Disney to Spin Off ESPN 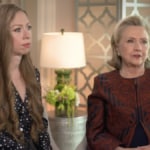 Investor Dan Loeb has retracted his previous wishes for Disney to spin off ESPN, pointing to ESPN’s “potential as a standalone business,” Bloomberg reported Sunday.

“We have a better understanding of ESPN’s potential as a standalone business and another vertical for Disney to reach a global audience to generate ad and subscriber revenues,” Loeb tweeted Sunday. “We look forward to seeing Mr. [James] Pitaro execute on the growth and innovation plans, generating considerable synergies as part of The Walt Disney company.”

The activist investor had previously called for Disney to spinoff ESPN when his company Third Point LLC acquired a stake in Disney in August, saying that it would reduce its $46 billion debt.

In a letter to the media conglomerate, Loeb also called for the addition of new board members, noting that the board had “gaps in talent and experience as a group that must be addressed.”

As for the potential sale or spinoff of ESPN, the investor said that this change would enable “greater flexibility to pursue business initiatives that may be more difficult as part of Disney, such as sports betting,” according to the Hollywood Reporter.