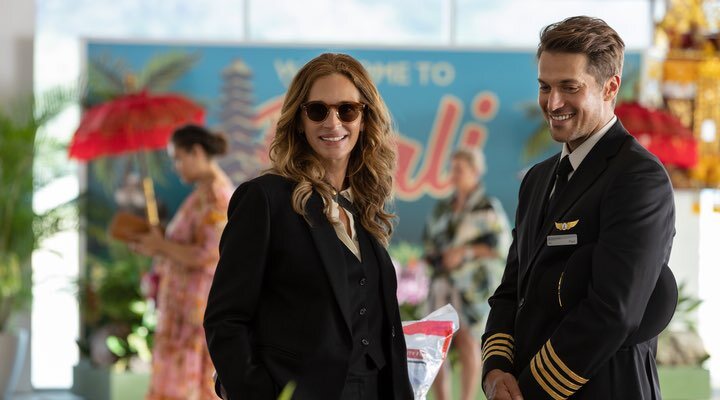 One more week, the results of the Spanish box office are bitter. According to data from Comscore, the weekend of September 9 to 11, one million euros less was collected than in the previous period, specifically €3,366,521 among the 20 most viewed films, which represents a drop of 23%. Although the first place in the ranking is occupied by a premiere, that of ‘Journey to Paradise,’ which has taken the podium from ‘Tadeo Jones 3: The Emerald Table’, the romantic comedy by Julia Roberts and George Clooney has entered only 851,138 €, a figure far removed from the more than 2 million achieved by Tadeo or ‘Padre no hay más que uno 3’ in their respective releases. It is clear that this summer no premiere has been strong enough to move the masses, let’s hope that the arrival of autumn and bad weather change that…

Universal has released ‘Journey to Paradise’ in 340 theaters, where it has raised a very correct average of €2,246 per screen thanks to 120,602 viewers. Curiously, the third installment of ‘The Adventures of Tadeo Jones’ has brought more people to theaters (123,933 people), but with an income of €783,437 it has remained in second place in its third week on billboards, which means a drop of 43% over the previous week. It is still available on 485 screens where it maintains an average of €1,615 and its accumulated total has already exceeded 7 million, although it is deflating much faster than its predecessors and other animated films such as ‘Minions: The Origin of Gru ‘.

With a drop of 65%, the largest on the list, the third place is occupied by ‘Dragon Ball Super: Super Hero’, which adds 259 thousand euros to a total that is close to a million and a half, but in seven days it has lowered its average per cinema from €2,365 to €792. Sony is keeping it at 489 screens in its second week. In fourth place was another premiere, ‘The Orphan: First Murder’, which is projected on 260 screens and with an average of €945, has raised €245,705 and has brought 35,799 spectators to the cinema. 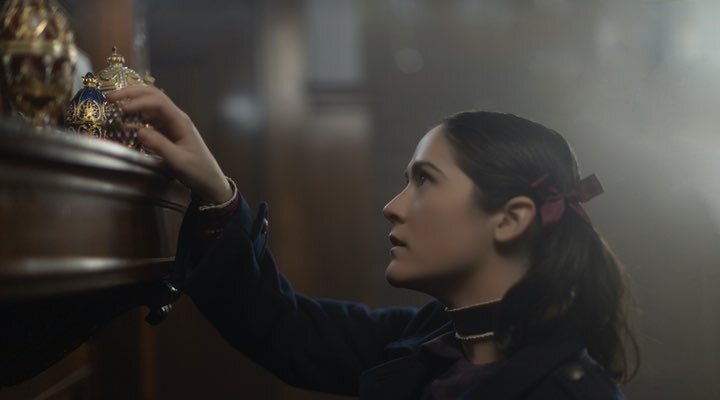 The following three places have a Spanish accent: ’42 seconds’ in sixth place, ‘Father there is no more than one 3’ in seventh place and ‘El test’ in eighth place. The sports drama by Jaime Lorente and Álvaro Cervantes falls 55% in its second week of release and accumulates another 143,400 to a total of €614,403, Universal maintains it in 346 cinemas. The Santiago Segura comedy after 9 weeks has already reached 15 million euros and only falls 36% over the previous weekend. 21,000 people have enjoyed it on the 273 screens where it can still be seen and it has an average of €500 per cinema. ‘The Test’ premiered at the same time as ’42 seconds’ but its devaluation is more marked: it drops 60% and only manages to enter €114,481.

They close the ranking of ‘The School of Magical Animals’ in its opening week with a collection of €85,801 thanks to 13,816 viewers and ‘Despues de. Infinite Love’, which sadly has only been on the billboard for three weeks and has already dropped another 64%. Its accumulated total is 1.77 million euros, but this weekend it has only added €81,776 with an average of €295 per cinema. A small disaster for Diamond Films that had high expectations for it.

This Friday, September 16, the Spanish billboard is renewed with nine titles, but none promises to hit the ground running. If you love horror movies, Sony premieres ‘The Invitation’ , starring Nathalie Emmanuel, but if what you need is a good laugh with a good dose of feeling, your film will be ‘La vida padre’ with Karra Elejalde and Enric Auquer. The rest of the titles are already all dramas and you will have to choose between the sports one with ‘Olga’, the Spanish ‘Libélulas’ and ‘La casa entre los cactus’, ‘La pampa’, ‘Cadejo blanco’, ‘Desierto particular’ or ‘ The girl and the spider’.