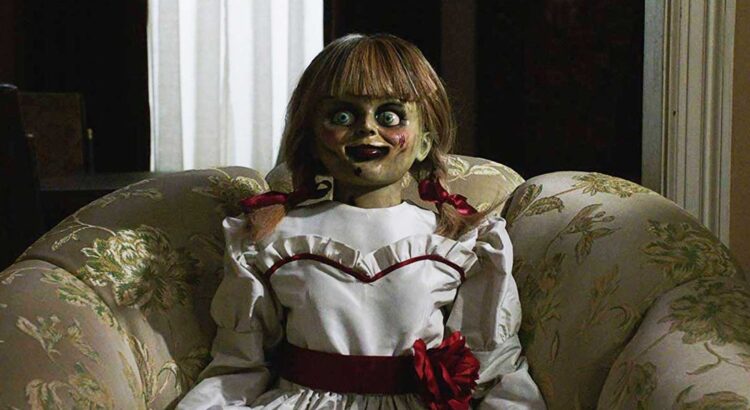 Annabelle doll has already become a new icon of horror movies, practically at the height of Chucky, the devilish doll, or the very same Freddy Krueger, Jason Voorhees or Michael Myers, the protagonist of the ‘Halloween’ saga. But his first appearance in the ‘Warrenverso’ or ‘The Conjuring’ universe, the saga of films starring the marriage of demonologists that began in 2013 with ‘The Warren File: The Conjuring’, was a brief cameo in the prologue from that same movie.

That fleeting appearance worked so well with viewers of what is widely regarded as one of the best horror movies of the 21st century that it soon went live. her first spin-off, ‘Annabelle’, which confirmed the success and popularity of the possessed doll. Two more films followed, surprise cameos in other Warner productions such as ‘Aquaman’ or ‘Shazam’, and a multitude of merchandising in the form of Funkos, posters, t-shirts and costumes for Hallowen.

But, chronologically, the prologue of ‘The Warren Files’ is not the beginning of the story of Annabelle, and that is why we make this list. Although before, it is important to know the “real” origins of the doll. Because if, Annabelle really existed (and exists)and its appearance has nothing to do with what we have seen in horror movies.

The original Annabelle is a rag doll based on the children’s character Raggedy Ann, created in 1880 by Johnny Gruelle. A toy company took advantage of the pull of the character from 1918 by manufacturing a rag doll based on the protagonist of the children’s literary saga, but it was not until 1970 that one of these dolls was related to paranormal events.

The Warren couple investigated one of these dolls that seemed to move on its own, leave terrifying messages around the house and, ultimately, have a life of its own. Initially, a medium told them that the doll housed the spirit of a deceased girl, Annabelle Higginsalthough later the Warrens discovered that “in reality” what was happening was that a demon, the true tenant of the soul of the toy, was trying to deceive them.

Since then, Annabelle rests in a glass case of the paranormal museum of the house of the marriage of demonologists, exposed so that visitors can take a look at it… But without touching. A large sign warns, with many exclamations, that no one open the door of the showcase, and it is said that a priest blesses the place every week.

If you don’t mind visiting it, that’s what the movies that we detail and order below are for that, a review of all the appearances of the Annabelle doll since its origins in ‘Annabelle: Creation’ until what is, for now, the end of her story: ‘Annabelle returns home’.