‘Constantine’ and ‘Madame X’ Not Moving Forward at HBO Max 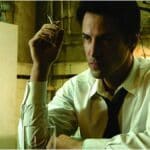 Two DC Comics series from JJ Abrams’ Bad Robot Productions that were in development at HBO Max, “Constantine” and “Madame X”, are no longer moving forward at the streamer, TheWrap has learned.

Warner Bros. TV and Bad Robot still remain high on both shows and intend them to shop them to other platforms and are hopeful they’ll land at a new home soon, an individual with knowledge of the projects said.

The individual added that the decision to move on from the shows was not a creative decision or a slight on the quality of the projects but that HBO and HBO Max are over-programmed with DC content, including seven different DC shows including “Doom Patrol, ” “Peacemaker,” “Pennyworth” and “Titans” and three others currently in development, not to mention other fantasy programming like “House of the Dragon” and “The Last of Us” on HBO.

The news about the “Constantine” series leaving HBO comes after it was reported that Keanu Reeves would return for a feature film sequel based on the “Constantine” movie from 2005, with Bad Robot also producing that film.

The series “Constantine” was being developed by British novelist Guy Bolton, and the series was intended to tie into the “Justice League Dark” universe of characters. The other property, “Madame X,” would also have fit into “Justice League Dark” and was in the works from writer Angela Robinson. Robinson still has an overall deal with Warner Bros. TV.

Warner Bros. has also had luck with shows like “The Sandman” on Netflix, “Lucifer” on Fox and numerous shows on The CW that have all come from the DC comics universe of characters, so the studio is hopeful that both “Constantine” and “Madame X” will still have a future elsewhere. 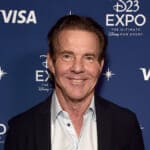 First introduced in “The Saga of Swamp Thing” in 1985, John Constantine is one of DC Comics’ most popular characters. Constantine, an occult con man and detective, has led the company’s “Hellblazer” series since 1988. The character was also brought to life by Matt Ryan leading a series reboot at The CW in 2014.

In the DC comics, Madame X — an immortal sorceress who is part of the “Justice League Dark” universe — was known as Nimue and first appeared in 1978’s “Doorway to Nightmare” #1. The character was designed by cover artist Michael William Kaluta and the original storyline was developed by writer David Michelinie. 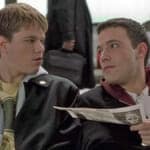