University will teach a course on Bad Bunny in California

Academic Nathian Shae Rodríguez, Associate Director of Journalism and Media Studies at SDSUpreviously taught a course on the Texan singer Selena Quintanillaand declared to channel 10 of San Diego that he hopes his students will learn, through music and the personal story of the singer“about themselves, their representation and the community in which they live”.

“Students will be able to use that as a way to navigate the digital music terrain that we have now. They will learn about latin cultureand learn about the means of communication in general“declared to the local news of the chain CBS.

During an interview with channel 8 in San Francisco, Rodríguez described the reggaeton player, named Benito Antonio Martinez Ocasioas “a global phenomenon that has been elevated in every way”.

“Bad Bunny has transformed reggaeton like no other artist has. When you think of him reggaeton, is hypermasculine, macho is embedded in its essence. And Bad Bunny has come and turned it upside down,” the academic told the network’s local newscast. CBS.

For this reason, it does not seem strange to him that men, women, children, elderly people and of all kinds of nationalities, “people who do not even speak Spanish are singing their songs”. 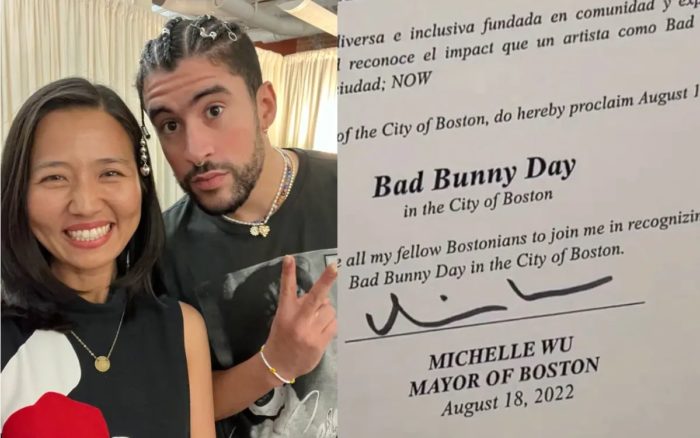 Bad Bunny’s success has not only been recognized in California. Across the country, in the city of Boston, Massachusetts, declared every August 18 as the “Day of the Bad bunny” in honor of the singer Puerto Rican.

It was through the official account of the baseball team ‘Boston Red Sox‘, in which the mayor made official the proclamation of the date on which the Puerto Rican artist is commemorated and as proof of this, shows a document signed by her.

The proclamation ensures that Bad Bunny reaches different audiences through the inclusion Y diversity that shows so much in his music, so the “spirit” of the city recognizes the impact that the Latin artist has.