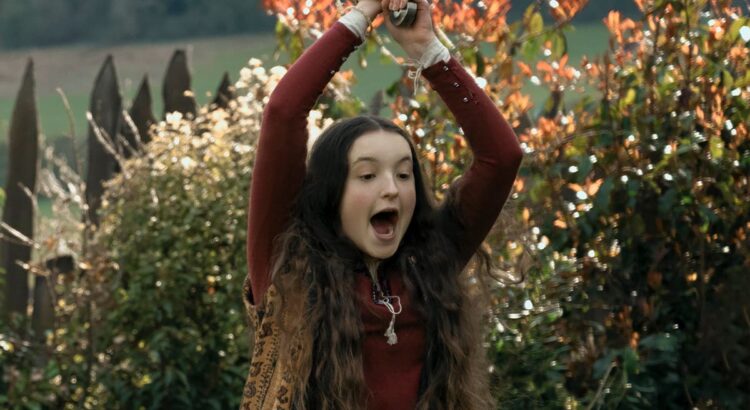 In Lena Dunham’s adaptation of Karen Cushman’s Nineties children’s novel, we meet a young maiden in the 1290s, Lady Catherine aka Birdy (Bella Ramsey). She’s sweet, rambunctious and utterly blithe when it comes to her privilege. Nestled inside a workman’s cart, on the way to see her friend de ella Aelis (Isis Hainsworth), she wonders what life must be like for the peasant class. She finds them exquisitely fascinating, “so simple… so passionate… so toothless”.

Catherine Called Birdypaired with sharp-stickstill unreleased in the UK, form Dunham’s first features since 2010’s TinyFurniture. She’s back and armed to the teeth with millennial ennui, her usual trademarks de ella retooled only to suit her tween audience. The honesty is there. The acerbic wit. The semi-intentional obliviousness that’s made her such a polarizing figure.

Birdy, in many ways, is basically a pint-sized Hannah Horvath, Dunham’s onscreen alter-ego and the de facto lead of Girls. Both wrestle with the insecurities that stem from never quite aligning with traditional expectations of femininity. Both refuse to ever consider that the blessings and burdens they carry may not be universally shared among their acquaintances.

Think of Birdy, though, as Horvath via brave‘s Princess Merida. Thanks to the many indulgences lusted over by her father, Lord Rollo (a wonderfully foolhardy Andrew Scott) – he bought a tiger; it turned up dead – Birdy must be wedded off to save the family’s fortune. She’s repulsed by the idea and when the arrival of her de ella period de ella hastens that dreaded fate she quickly stuffs her bloodied rags in between the floorboards of the castle’s privy. She’s soon caught. Next comes the dexterous work of appearing so gremlin-like that she frightens off all potential suitors.

See also  Chris Hemsworth and Taika Waititi posed for Thor: Love and Thunder 'poster' and I can't get enough

“We’re people. And we can think and we can hear and we can feel!” our heroine roars in her de ella, inevitable, final-act stand against misogyny. Ramsey wears that defiance beautifully, coloring her Ella Birdy with just enough naïveté that the harshest of her character’s insults are de-barbed (at one point, she calls her Ella’s brother “a deathmonger”).

But, even when you consider the film’s frank approach to menstruation and childbirth, it’s hard to imagine that the same tweens raised on a steady diet of empowered princesses will find Catherine Called Birdy all that much of a feminist revelation. Dunham’s made several key changes to the original story. The only achievement is to strip away Cushman’s original intentions from her to explore the sacrifices and compromises that women across history have been forced to make. Here, we get the more easily digestible, fist-bump iteration of girl power – soundtracked by Misty Miller’s dreamy covers of “Girl on Fire” and “My Boyfriend’s Back”.

As with Dunham’s HBO series, many of Catherine Called Birdy‘s greatest observations actually concern her male characters (Girls, after all, introduced the world to Adam Driver). Rollo, though he may decry his daughter from her as being “one step away from a leper”, truly does adore her, but sees no route out of his misery from her that does n’t involve selling her off from her like a bit of livestock. Her handsome Uncle George (Joe Alwyn), who fought in the Crusades and has all his teeth from him, arrives with the weary resolve of the hometown hero destined to disappoint. There’s a compelling contradiction here: these men are simultaneously beaten down by patriarchal expectations while serving as its enforcers, however reluctant. In other words? Different century, same Lena Dunham.