Towards the ‘saharization’ of Spain: the arid climate advances 1,500 km2 each year 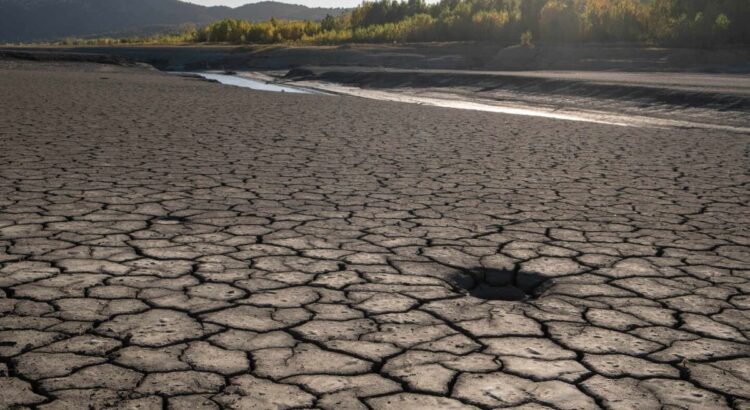 Spain is in the ‘saharization’ phase. 75% of the national territory is in the phase of desertificationaccording to several studies, and arid climates are advancing at a galloping rate every year, as just reported by AEMET. Meanwhile, the level of the reservoirs continues to fall despite the first rains, which are unable to prevent them from now being at only 33.5% of their capacity.

The arid climate has advanced in Spain, since the mid-20th century, at a rate of about 1,500 km² per year, the equivalent in five years to the extension of the province of Malagato the detriment of temperate climates, according to a study prepared by the State Meteorological Agency (AEMET) on arid lands.

During the press conference to present the seasonal forecast for autumn and the climate analysis for summer, Rubén del Campo, spokesperson for Aemet, explained that the “increase in temperatures and the slight decrease in rainfall” in Spain in recent years has resulted in an extension of arid climates in our country.

It is estimated that, since the middle of the 20th century, this type of climate has doubled its extension in Spain, advancing at a rate of more than 1,500 km² per year with greater intensity in the south of the Community of Madrid, Castilla-La Mancha, province of Badajoz, east of Andalusia, southwest of Castilla y León and around the Ebro depression, reports Europa Press.

For Del Campo, it is confirmed that greenhouse gas emissions are causing an increase in global temperatures and in Spain this warming has been around 1.4 degrees since the 1950s, while rainfall has decreased by around 12% in the same period.

Finally, the spokesman has observed that arid climates are also related to less water availability for plants as a result of greater evaporation due to high temperatures and less contribution from scarcer rainfall.

According to several recent reports, and75% of Spain is already at risk of desertification. Three quarters of our territory are already arid or semi-arid soils at risk of desertification, according to studies by Greenpeace and WWF. Among the main causes are drought, field abandonment, human overexploitation of aquifers or fires. Last year the fire devastated 51,000 hectares. Until August 2022 alone, the flames had destroyed some 223,000.

Meanwhile, the latest data on water availability remains worrying. Despite the rains of recent days, the water reserve has decreased for another week and stands at 33.5% of its capacity with 18,810 cubic hectometres of water, that is, 399 cubic hectometres less than the previous week.

According to data from the Ministry for the Ecological Transition, in the last week the rainfall has affected “considerably” the entire peninsula, and the maximum accumulation has occurred in Navacerrada (Madrid), where 72.8 liters per square meter have been collected. , reports Eph.

By hydrographic basins, the worst data for reservoir water is reflected in that of the Guadalquivir, at 20.6%, and in those of the Guadiana and Guadalete-Barbate, both at 23.8%; On the other hand, the basins least affected by water scarcity are those of the Basque Country, at 71.4%, that of the Eastern Cantabrian Sea, at 67.1%, and that of Tinto, Odiel and Piedras, at 65.5%.