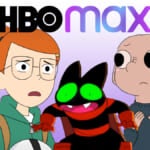 The “Despicable Me” animation studio Illumination is launching a new label that will help it expand beyond family films and into more adult animated fare, and they’ve tapped Mike Moon, previously the head of Adult Animation at Netflix, to lead the new label .

Moon will serve as the president of the label titled Moonlight, and he will also come aboard as a creative advisor to Illumination. His role of him will at Moonlight will be to augment Illumination’s existing slate and produce animated films that push beyond the family genre.

Moonlight’s films will be distributed under Illumination’s exclusive distribution partnership with Universal Pictures.

“We have an exceptionally talented group of artists, filmmakers and producers at Illumination and believe that there is no better compliment to this team than Mike and the new company we are partnering to build,” Chris Meledandri, founder and CEO of Illumination, said in to statement. “He has exceptional taste, deep experience and a strong vision for the films we intend to make together. I look forward to Mike and Moonlight making a substantial contribution to Illumination’s future.”

“I am thrilled to be joining the amazing team at Illumination. Chris has created the benchmark for character, stories and innovation in animated films and I am honored to be a part of the future of this visionary studio,” Moon added.

Moon started his career as an animation artist for 15 years before moving into an executive role at Sony, Disney and Cartoon Network. Moon has worked on film and series such as “The Midnight Gospel,” “Spider-Man: Into the Spider-Verse,” “The Mitchell’s vs. The Machines,” “Gravity Falls” and “Foster’s Home for Imaginary Friends.” Moon recently served as a producer on Netflix’s upcoming “Entergalactic” from Kenya Barris and Kid Cudi.

Moonlight will be based on Illumination’s Santa Monica headquarters. Moonlight’s films will be made in the Illumination Studios Paris pipeline. 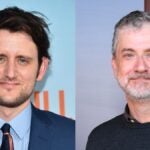