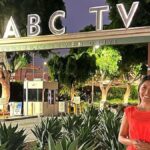 The newsroom drama at local Los Angeles TV stations showed no signs of cooling off Thursday, as Mark Mester, weekend co-anchor at KTLA, was fired a week after management suspended him for showing support for his departed colleague Lynette Moreno.

Mester was let go Thursday afternoon, a KTLA insider told TheWrap. General manager Janene Drafs informed the newsroom of the firing during a brief meeting, according to the Los Angeles Times, which first reported the firing.

Mester was suspended earlier this week after his on-air tribute to Romero in which he apologized on behalf of KTLA, an individual with knowledge of the situation told TheWrap. Mester’s bio has been scrubbed from the KTLA website – much like Moreno’s was the week before immediately after her abrupt departure from her.

Romero, reportedly beloved by her colleagues in the KTLA newsroom, wasn’t permitted to clean out her own belongings or say goodbye to longtime viewers of the newscast. The Times, citing anonymous sources at the station, said Romero was seeking a weekday anchor shift to spend more time with her family, but her management declined due to lack of openings.

Management said only that she had left to pursue “another opportunity” and regretted that she chose not to stay.

Mester went off-script during a Saturday broadcast, saying the handling of her exit was “cruel” and “inappropriate,” and apologized on the station’s behalf. The four-minute ad-lib ignored a written script from producers, who declined to show footage of a plane Mester hired to fly a banner over the station that said “We love you Lynette.”

Mester did not immediately respond to messages from TheWrap. 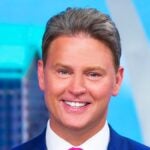 Miracle Tuesday announced on Twitter that she’s leaving the station she joined in 2017 after a three-year stint at ABC30 in Fresno, California. She also hinted in her farewell post that she may be leaving Southern California, saying “Thank you to everyone in SoCal and at ABC7 for all of the support over the years, it’s meant so much!”

Miracle’s bio page was vacated on the ABC7 site following her announcement, and it doesn’t appear she was given a chance for an on-air signoff either, writing, “I anchored my last show a couple weeks ago.” Neither Miracle nor ABC7 responded to requests for comment.