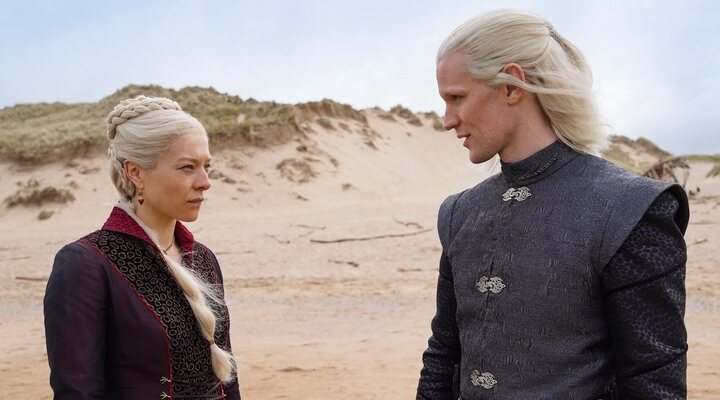 On Monday, September 26, a new era begins in ‘The House of the Dragon’. The HBO Max series welcomes Emma D’Arcy and Olivia Cooke, the new Rhaenyra Targaryen and Alicent Hightower, in its sixth episode. The prequel to ‘Game of Thrones’ hits an important time jump of ten years that forces us to say goodbye to Milly Alcock and Emily Carey, who in just five chapters have managed to win the hearts of fans.

As we know that the change is going to be quite traumatic, although we wish the new Rhaenyra and Alicent the best of luck, Matt Smith, who plays Daemon Targaryen, comes with good news: we may not have to experience another cast change like this in the future of the series. As he commented on the podcast Happy Sad Confuseddo not expect a new temporary jump in the next seasons: “Once we make the jump, that’s it. I’m pretty sure there won’t be any more huge time jumps, particularly in the next season and the one after that.“.

To prepare for the time jump, HBO has released a clip from the sixth chapter where we see Rhaenyra just after giving birth. Laenor Velaryon, her husband, now played by John Macmillan, accompanies him to see Alicent because the queen wants to see the newborn. Laenor asks if the birth was painful and tells her that she was once hit with a pike, which is surely what Rhaenyra wanted to hear at the time.

‘The House of the Dragon’ will premiere chapter 6 on HBO Max at dawn on Monday, September 26. The first season of the series that adapts George RR Martin’s novel ‘Fire and Blood’ will consist of ten episodes in all.