This is how the exhalation of Popocatepetl was seen this Friday; traffic light is yellow phase 2 | Video 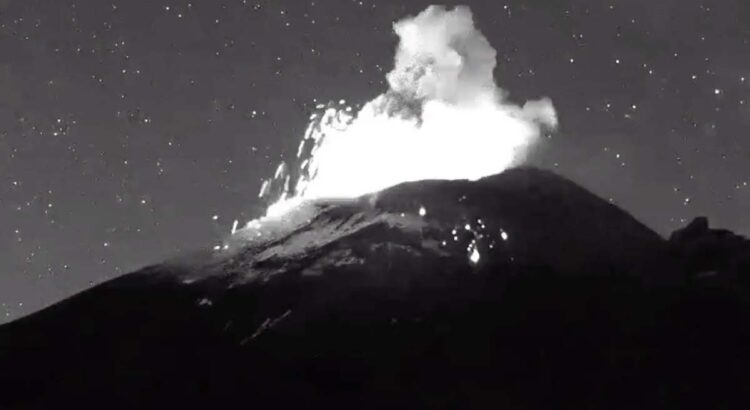 The Popocatepetl volcano A new exhalation of ash was recorded early this Friday, reported the National Civil Protection Coordination.

The event occurred at 04:26 hours, when a column rose to a height of thousand 100 meters to the southwest. However, the authorities clarified that she had a low ash content.

Given this, the agency explained that the traffic light alert is in Yellow Phase 2for which he exhorted the population not to approach the volcano.

Due to the earthquake that was reported this Monday in Michoacán and its aftershocks, Popocatépetl has registered volcanic activity. On the same day of the earthquake, two exhalations were reported, followed by other expirations the following days.

According to the latest report from the National Center for Prevention and Disasters (CENAPRED), published this Thursday, in the 24 hours prior to the issuance of the report, 65 exhalations accompanied by water vapor, volcanic gases and light amounts of ash.

Added to this are four minor explosions, which occurred on Wednesday, and 27 minutes of tremor high frequency.

Because of this, he urged the population to do not approach the volcano and above all to the crater, “because of the danger implied by the fall of ballistic fragments.” Likewise, he urged to stay away from the bottoms of ravines in case of heavy rains, due to the danger of mud and debris flows.

Dr. José Luis Mateos Trigos, a researcher in Complex Systems and Statistical Physics at the National Autonomous University of Mexico (UNAM), detailed this Tuesday during an interview in Aristegui live that Popocatepetl has been active in recent days and explained that it had previously responded to earthquakes recorded both in Mexico and in other countries.

However, he clarified that when these phenomena occur,Volcanoes can only react if they have the necessary conditions to allow movement of the interior and to have exit in fragmented material or lava. In these cases, earthquakes would act as a trigger.