‘Wednesday’: The series ‘The Addams Family’ directed by Tim Burton already has a premiere date 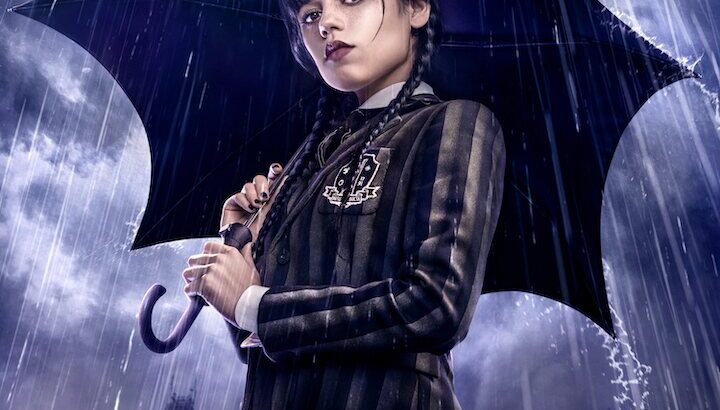 Halloween is approaching and the networks and platforms already have their programming ready for the Spooky season. One of the most anticipated series of the fall is ‘Miércoles’, the spin-off series of ‘The Addams Family’ centered on Wednesday Addams, which has a director who comes in handy (severed), Tim Burtonand a protagonist who is revealing herself as one of the great promises of the moment, Jenna Ortega.

However, Wednesday has decided to play it cool and be “fashionably late” to Halloween. Netflix today announced the premiere date of the series and it will be in two months: the next November 23. In addition, the platform has accompanied the announcement of a new poster in which we see Ortega wearing a very Burtonian striped outfit. It shows who is behind the cameras.

“Wednesday is already a teenager, we have never seen her as such and we have not seen her so much on screen”Ortega tells in the official Netflix statement. Your sarcastic and sassy comments don’t have to sound so charming when they come from someone who probably should know more than a 10-year-old girl.. It’s a balancing act, as we didn’t want her to sound like any other teenager, but we also didn’t want her to be too ignorant. Every time we’ve seen Wednesday, she’s been the main character in a joke, the funniest, she’s always right, and I think that’s what people love about her. But in this series, every scene is Wednesday. There’s an opportunity to give her a little more dimension, and she becomes a more real person, which I don’t think we’ve ever seen before.”.

Netflix describes ‘Wednesday’ as a supernatural mystery series in which we will see the iconic character in his teenage version as a student at Nevermore Academy, where he attempts to harness his emerging psychic ability, thwart a monstrous crime spree that has terrorized the city, and solve the murder mystery involving his parents 25 years ago. All while she navigates her own convoluted new relationships as a teenager on Nevermore.

Accompanying Ortega in the main cast we will find Catherine Zeta-Jones as Morticia, Luis Guzmán as Gómez and Isaac Ordóñez as Pugsley, with Gwendoline Christie as Larissa Weems and the special participation of the actress who gave life to Wednesday at the movies and Burton girl, Christina Ricci, in a role yet to be revealed. The first season consists of 8 episodes.

The poster and the release date of ‘Wednesday’ are an appetizer of what awaits us at the 2022 edition of TUDUM, Netflix’s virtual fan event, where the streaming company presents its most anticipated novelties from the hand of its biggest stars . This year, the broadcast is scheduled for Saturday, September 24 from 7:00 p.m. (Spanish time) and will feature, among others, Henry Cavill, Gal Gadot, Chris Hemsworth and also Jenna Ortega, who will present some more news about ‘Wednesday’. Very attentive this weekend to the surprises that Netflix has prepared for us.