NASA delays Artemis I launch again due to tropical storm 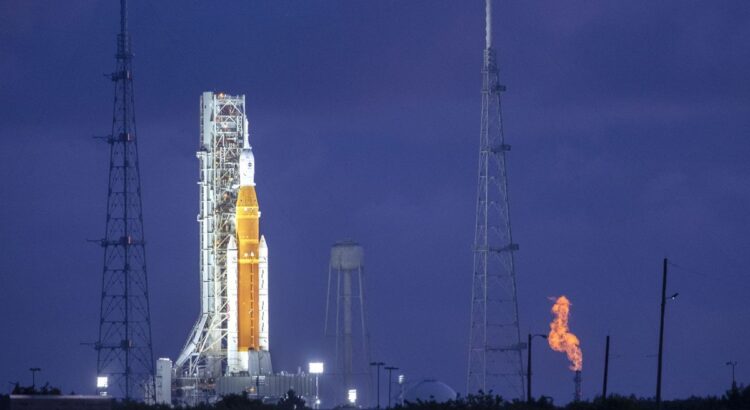 The POT has announced that it is delaying, again, the launch planned for the tuesday september 27 unmanned mission Artemis I due to the scheduled arrival early next week at florida shores of tropical storm Ian, which may become a hurricane. Through a statement, NASA said on Saturday that cancel launchwhile continuing to closely monitor the weather forecast associated with Tropical Storm Ian.

The one canceled today was the third throw attempt of this mission, after two suspended attempts on August 29 and September 3.

Against the Kennedy Space Center

The tropical storm iantraveling through the Caribbean, is expected to become a hurricane on Monday and impact Florida’s Gulf Coast midweek. The trajectory shows that the probable path of the system could impact the Kennedy Space Center of NASA, Cape Canaveral, located on the Atlantic coast, halfway between the cities of Miami and Jacksonville, in the state of Florida.

The statement details that during a meeting held this Saturday the technical teams decided to stop preparing the launch for next Tuesday and that they are considering removing the rocket and the spacecraft from the launch pad to return it to its hangar. NASA specialists indicated that for this last decision margin is taken until tomorrow Sunday. Yes finally, it is decided that they return to the hangar the process would start Sunday night or early Monday morning.

The agency clarifies that the decision responds to the objective of protecting its employees from the risk of the system that will reach Florida and for the benefit of the mission.

On August 29, NASA suspended the first launch attempt due to failure of a temperature sensor. Had it taken off on the 27th, the Orion spacecraft, which the SLS rocket will propel to the Moon, would have returned to Earth on November 5.

The goal of the first Artemis mission is to test the SLS capabilities and of the orion ship before a manned trip planned in principle for 2024, which will be followed by a third in which for the first time since 1972 American astronauts, including a woman and a person of color, will step on the lunar surface.

The Artemis program wants to lay the groundwork for a long-term lunar presence and serve as a springboard for sending astronauts to Mars.