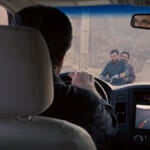 The final frame of “Art & Krimes by Krimes,” after the credits roll, is packed with logos from foundations, associations and institutions. It’s a fitting end to such a thoughtfully composed work about the place of art in a broken culture.

It feels optimistic that a gifted female filmmaker like Alysa Nahmias (“The New Bauhaus”) received support from a range of organizations for a documentary about marginalized creators. But as the movie itself makes clear, the struggle is immense and remains overwhelmingly pervasive.

Her subject is Jesse Krimes, who began life as the fatherless son of a teenage mother, losing his stepfather to a drug-related suicide as a child, and then arrested for selling drugs in his teens. He was incarcerated for six years, and spent most of that time escaping into art. After studying as much as he could about other creators and philosophers, Krimes began his own projects, secretly made from items like soap, sheets, and hair gel purchased at the commissary.

Because the art itself was considered contraband, he had to sneak it out of the prison piece by piece. When he finally made it home and put it titled together, Krimes’ work included a breathtaking opus he “Apokaluptein: 16389067,” after his incarceration number of him.

Nahmias follows Krimes in the years after his release, as he tries to steady himself in a country that has no great interest in offering former prisoners support or even second chances. He stumbles a few times, but with the help of fellow artists he got in jail — and his own inner compass from him, magnetized by a generational talent — he keeps moving forward. And it’s quite a move; within a few years, he’s expanding his work in a range of directions and exhibiting it in museums and galleries across the world. 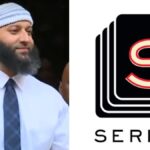 As he achieves more and more success he looks back at the friends, all of whom are men of color, who haven’t been able to climb as high. His relative privilege weighs on him, and he joins forces with Black artist Russell Craig to found Right of Return USA, a fellowship for formerly incarcerated artists.

See also  Do not fall! Government alert for fraud on fake institutional sites

Krimes takes pains to be as open and honest as he can, and Nahmias gives him plenty of space. Although the film is structured as a straightforward biography, she’s infused it with an artistic sensibility as well, gathering a team that has clearly been meticulously chosen. Her cinematographer, Marie Hinson, is also an installation artist, and Emmy-nominated composer Amanda Jones (“Home”) brings a light touch. But the most impactful addition comes from animator Molly Schwartz, who collaborated with Krimes to bring his work to life in moving new ways. 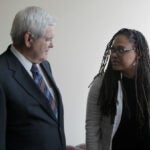 It would have expanded our understanding still further to learn more about the personal lives of Krimes, Craig, and his other friends. We see a few scenes of Krimes bonding with his young son, who was born while he was in prison, but they unfold with a tentativeness missing from the rest of the film. Though this is understandable, Krimes is so naturally philosophical that it feels significant when we’re left with meaningful questions he’s raised about his own childhood: What was it like for his child’s mother to raise their son alone, how much time are they able to spend together now, and how much does their own history and ambition inform their relationship?

That said, both Krimes and Nahmias generally approach their experiences through a more macrocosmic lens. And it is rare to find a film that reflects its subject so insightfully, in both an artistic and thematic sense. Each of them proves, in different but vital ways, that creative collaboration is an essential pathway forward.

See also  How Marilyn Monroe died: this says her autopsy