‘Berlin, the spin-off of ‘La casa de papel’, presents its cast and details its keys 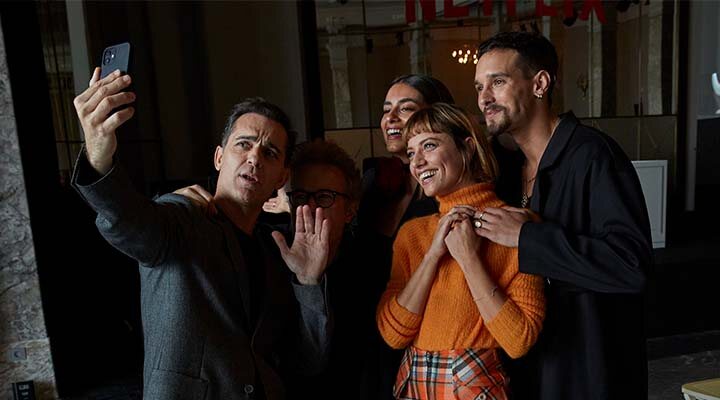 A success of the stature of ‘La casa de papel’ was not going to put the end point so lightly, so, as was already announced after the conclusion of the original series, this Netflix fiction will soon return to our screens with a first spin-off focused on the character of Berlin. With everything ready to start filming, the streaming platform organized an event in Madrid to reveal the first details of this new series, among which are the new faces that will join Pedro Alonso and some other nuance about how this new story that stands as a prequel will unfold.

Starting with the important The lucky ones to form a new band in ‘Berlin’ are Michelle Jenner, Tristán Ulloa, Begoña Vargas, Julio Peña and Joel Sánchez, faces that, for the most part, have been seen in other successful Netflix products such as ‘The heirs of the earth’, ‘Fariña’, ‘The laws of the border’ or ‘Through my window’. Although this time his role will be very different, as we have been well detailed with the explanation of each of her roles.

Michelle Jenner plays Keyla, who according to her words is a “IT, engineer and programmer” which stands as “the brainiac of the band”although the actress jokes that, although in the intellectual part everything is going very well for her, it is much “less expert in the emotional part”. Julio Peña will give life to Roy, whom we will see as “Berlin’s squire in this story”. “He has full confidence in him and trusts in everything he does because it got him out of a not so good past”detailed the star of ‘Through my window’.

For his part, Tristan Ulloa will play Damián, an old friend of the protagonist. “I’m a bit of Jiminy Cricket, I have a more classic vision of love, more conventional, but it’s the backbone of friendship with Berlin”. Begoña Vargas will come to the Netflix series in the role of Cameron, a woman “with an incredible power, an incredible roller coaster and that I have come to this band to have a good time”according to the actress.

The last of the signings is Joel Sánchez, who joins the family of ‘La casa de papel’ under the role of Bruce, “the brainless one of the group”. “His philosophy of life is carpe diem, he always lives in the present and is very dynamic”, briefly commented on the character. And about Pedro Alonso and his Berlin, there was little to add to what the public knows, although the actor recognizes that getting under the skin of this character is always “like having the keys to a theme park”seeing this spin-off as “a pretext to continue researching haute cuisine”. 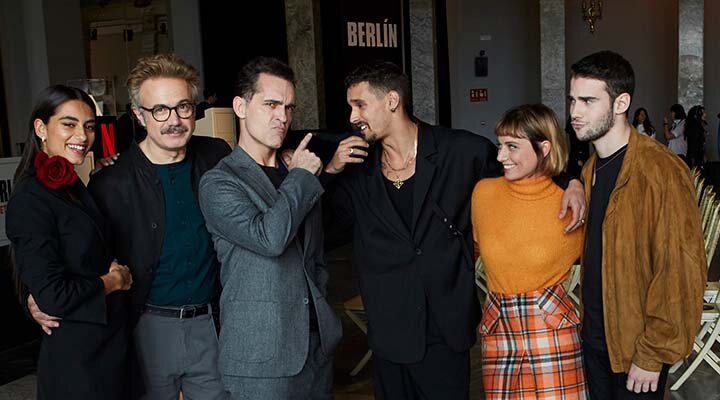 But this trip to the past of Berlin will not be under the same approach as ‘The paper house’since, according to Álex Pina and Esther Martínez Lobato, responsible for the series, they intend to do something “brighter” that prioritizes the fun of the viewer.

“We came from doing things with certain dark things and with violence, not only in ‘La casa de papel’, and we wanted to do something brighter. Especially after having lived through a pandemic, after having written something quite sleazy like ‘Sky Rojo’ and after now living through a budding war in Europe and with an economic crisis that is just around the corner”began explaining Pina. “And we believed that our work as entertainment had to have something to do with light, with some luminous characters to have fun with”.

For this reason, have chosen to take the series to a more comical and romantic terraina point that will undoubtedly mark a clear difference from the original series. “We really chose to work on heists, but to work on another apex with romance and comedy. It’s been a long time since we’ve done comedy with a commitment to making people laugh like this series. We’ve never left comedy aside, not even in ‘ Vis a vis’, but this is a return with more of a comedy vocation”continued explaining the showrunner.

Pedro Alonso admits he is delighted with this new approachespecially considering that from Vancouver, the producer of the series, they always end up subverting genres and taking viewers to unexpected terrain.

“As an actor I love it, it seems to me that it is a philonaco. Where is the possible return? From my point of view, the romantic comedy is a wonderful genre, but many times I see it and it does not interest me. Sometimes it is full of clichés, but these gentlemen are going to take care of turning all the clichés and putting them in trouble, because when you think it’s going to go in one direction they do a triple somersault and everything spins. And to me that is what has me in effervescence”told the protagonist of ‘Berlin’.

Although he was one of the most beloved characters in ‘The paper house’, Berlin always aroused adversity in some viewers for his questionable acts. However, given the question raised at the press conference about whether this less dark touch would lead to a change in the character’s attitudes, its creators came out to defend the many qualities that a role of these characteristics hides.

“If it’s true that the character from Berlin is dark, we wouldn’t want to have him as a neighbor. But it is true that he is very rich, because, despite saying all the nonsense he says and how he behaves, many times, if you get on a plane that is not humanitarian, he is not without reason”pointed out Esther Martínez Lobato. “The guy is intelligent and with a very powerful emotionality. He is powerfully emotional, so if this privileged mind is at the service of evil, he will remain alone in the lane of evil. But if you place this person so that his goals are positive, like falling in love, even if he does it his way, things will come out with other, less dark characteristics.“.

“In the end, that he is a controversial character is his greatness”Alex Pina continued. “He is an unpredictable character and this is wonderful for a writer, because he is surprising, stimulating and entertaining. He can be a villain or not. He gives you all the opportunities. And that works for the viewer because, as I said, he is indecipherable. And because it has that psychopathic brain short-circuit point that works really well.”

The spin-off of ‘Berlin’ filming will begin on October 3 in locations in Paris and Madrid, and for the moment, the rest of the details, such as its release date or detailed plot, remain under lock and key, waiting for the project to continue advancing and to be closer to reaching our screens.