‘Interview with the Vampire’ renewed for a second season 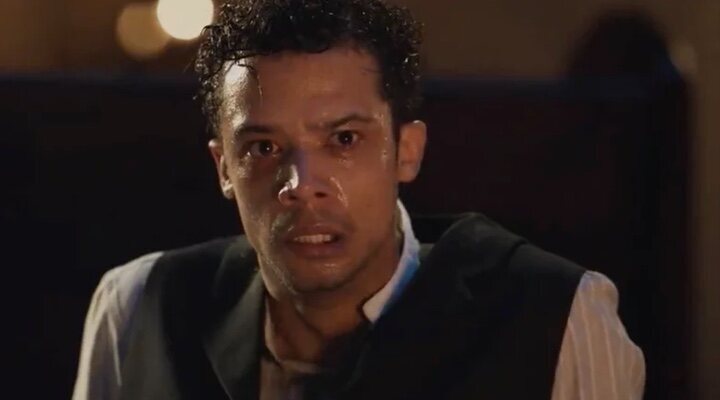 As reported The Hollywood ReporterAMC has renewed its new series ‘Interview with the Vampire’ for a second season.. This new adaptation of the successful Anne Rice novels has already been renewed despite not having been released yet. The series will arrive in the United States on October 2., while in Spain the release date is still unknown. It can be seen on the AMC Networks streaming platform, already available on Vodafone, Orange, Jazztle, Apple TV and Amazon Prime Video.

The second installment will consist of 8 episodes and will take place in Europe. In addition, it will continue to have Rolin Jones as showrunner and Mark Johnson (‘Breaking Bad’, ‘Better Call Saul’) as executive producer. ‘Interview with the Vampire’ stars Jacob Anderson (‘Game of Thrones’) as Louis de Pointe du Lac and Sam Reid (‘Belle’) as Lestat de Lioncourt, roles played by Brad Pitt and Tom Cruise in the first adaptation’ Interview with the vampire’ in 1994. Along with them will also be Bailey Bass (‘Avatar: The sense of water’) and Eric Bogosian (‘Diamonds in the rough’).

“The scope and breadth of this series, and what Mark and Rolin have delivered, is simply stupendous. They have represented the rich and vibrant world of Anne Rice in a wonderful way, and we are incredibly proud.. From set construction to production design, costumes and more, no detail has been overlooked. This stellar cast delivers powerful performances that connect us emotionally with these characters and their humanity. We look forward to sharing the final product of this extraordinary effort with the public in just a few days and are delighted that this story continues. This is just the beginning of an entire universe featuring compelling stories and characters that capture the spirit of Anne Rice’s incredible work.“says Dan McDermott, president of original programming for AMC Networks and AMC Studios.

As previous statements have advanced, the intention of AMC + is to create a new universe around the famous novels. Thus, the production company is also launching a new complementary podcast to the series, hosted by comedian and writer Naomi Ekperigin. Pineapple Street Studios will be the company in charge of its production.

Also, next year ‘The Mayfair Witches’ will arrive, another gothic story connected with ‘Interview with the vampire’. Its cast will include Alexandra Daddario (‘Percy Jackson and the sea of ​​monsters’), Jack Huston (‘Outlander’), Harry Hamlin (‘Mad Men’), Beth Grant (‘Donnie Darko’) and Annabeth Gish (‘Nixon ‘), among others.