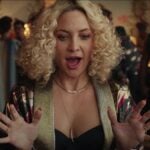 Nonprofit organization Outfest, which promotes empathy for the global LGBTQIA+ community, announced today that they will honor Janelle Monáe with the Trailblazer Award at the 2022 Outfest Legacy Awards at Paramount Studios on Saturday, October 22nd.

The Trailblazer Award will recognize Monáe’s role as an artist who has consistently shown their support for the LGBTQ+ community at large through music and acting. Her most recent project of hers, Netflix’s “Glass Onion: A Knives Out Mystery” alongside Daniel Craig, Kate Hudson, Kathryn Hahn, and Leslie Odom Jr, will release in December 2022.

“The Outfest Legacy Awards has become one of entertainment’s most respected and meaningful industry events that spotlight the artists, leadership and organizations that have significantly contributed to queer representation and advocacy across media, arts and entertainment,” said Outfest’s Executive Director Damien S. Navarro.

Honorees alongside Monáe at this year’s gala include Glamazon — Amazon’s diversity & inclusion network for LGBTQIA+ employees and their allies — and Outfest’s own Deputy Director Kerri Stoughton-Jackson. Glamazon will receive the Guardian Award, which is the company’s commitment and legacy to the LGBTQIA+ community. Stoughton-Jackson will receive the Jonathan Howard Legacy Award to honor her leadership efforts as well as her almost 20 years of service.

“We invite the world to join us in lifting up our awardees who have collectively inspired a new generation of creators, storytellers, and audiences – carving a path for tomorrow’s artists,” Navarro stated.

The 2022 Outfest Legacy Awards are presented by IMDb. Additional sponsors include Bank of America, Paramount Studios, ABC7 Los Angeles and On The Red Carpet, Variety, Equal Pride and Out Magazine. 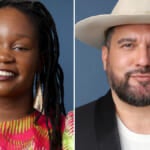