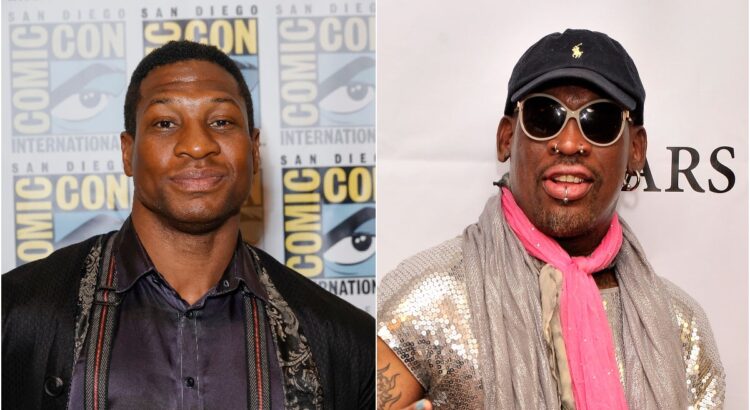 Jonathan Majors is in early talks portraying Dennis Rodman in Lionsgate’s movie about the Chicago Bulls star and NBA Hall of Famer’s legendary trip known as the “48 Hours in Vegas,” an individual with knowledge of the project told TheWrap.

The feature film is based on the true story of Rodman’s trip to Las Vegas in 1998 during the NBA Finals and that was documented in the popular ESPN documentary series “The Last Dance.” Rodman is also executive producing the film with producers Phil Lord and Chris Miller.

“Animaniacs” writer Jordan Vandina is writing the script along with Lord and Miller, and Aditya Sood is producing through the Lord Miller banner. Ari Lubet and Will Allegra will also serve as executive producers.

Rodman’s vacation was the subject of a cliffhanger ending during episode 3 of “The Last Dance.” Rodman, who had taken on more responsibility on the team while Scottie Pippen was out with an injury during the 1998 NBA season, was pushed to the brink of burnout, leading to a meeting between him, Michael Jordan and head coach Phil Jackson.

“When Scottie was out, Dennis was a model citizen, to the point where it was driving him f—ing insane,” jordan said on the docuseries. “So, when Scottie came back, Dennis wanted to take a vacation.”

“48 Hours in Vegas” will explore the wild bender that Rodman enjoyed during that vacation, which according to Jordan ended with him finding Rodman hungover while his then-girlfriend Carmen Electra hid herself. The film will focus in particular on a budding relationship between Rodman and a skittish assistant GM during the trip.