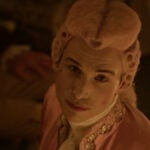 NBC has given a series order to a currently untitled comedy from Mike O’Malley, set to star Jon Cryer.

Here’s the logline for the show: “After an amicable divorce, Jim and Julia decide to continue to raise their children at the family home while taking turns on who gets to stay with them. Navigating the waters of divorce and child-sharing gets more complicated for Jim when the owner of his favorite sports teams enters the picture and wins Julia’s heart for her. ”

The project comes from Lionsgate Television and Universal Television, a division of Universal Studio Group.