‘Orlene’ will hit as a hurricane in Sinaloa 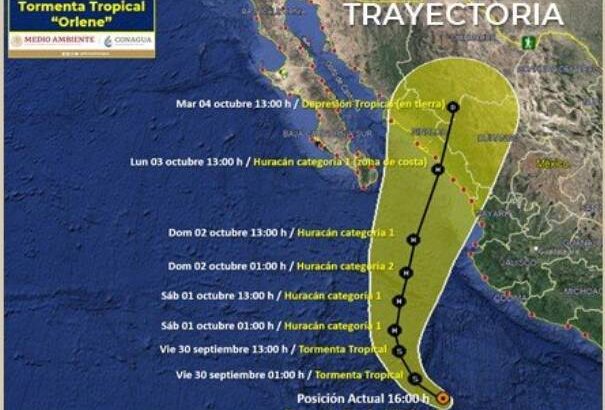 tropical cyclone Orlene It could impact the coast of Sinaloa on Monday as a category 1 hurricane, between the municipalities of Angostura and Culiacán.

The Mexican government called on state and municipal authorities, as well as the population in general, to take extreme protection measures.

The general coordinator of the National Meteorological Service (SMN), Alejandra Méndez Girón, reported that the circulation of Orlene It will favor heavy to very heavy rains, during the afternoon-night today.

Likewise, strong winds and high waves are recorded within a radius of 150 km from the center of the system.

He announced that the cyclone will continue to move west-northwest and that it is expected that on Friday, during the afternoon-night, it will intensify to a category I hurricane on the Saffir-Simpson scale, with winds of 119 to 153 km / h.

It is expected to change its direction of movement to the north-northeast, towards the coast of Sinaloa, and possibly increase to category 2, with winds of 154 to 177 km / h.

If it continues in this direction, he explained, Orlene could again drop to category 1 and thus impact Sinaloa, on Monday, between the municipalities of Angostura and Culiacán, to continue its trajectory towards Durango and Chihuahua, although with less intensity. 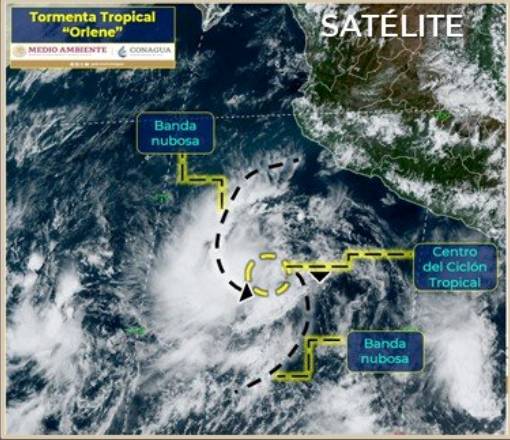 Additionally, strong winds and high waves are forecast for the coasts of Sinaloa, Baja California Sur, Nayarit, Jalisco and Colima.

The Navy stated that for the next 24 hours waves of 5 to 8 feet are expected on the coast of Jalisco, Colima, the entrance to the Gulf of California and the Revillagigedo Islands, as well as 8 to 12 feet over the Central Pacific.

Within 48 hours, waves of 5 to 8 feet will prevail on the southwestern coast of the Baja California Peninsula, the coasts of Jalisco and Colima, Islas Marías and the entrance to the Gulf of California, as well as 10 to 14 feet on the Pacific Central.

Meanwhile, the 72-hour forecast indicates waves of 8 to 12 feet on the southwestern coast of the Baja California Peninsula, the southern Gulf of California and the Sinaloa coast; from 10 to 15 feet at the entrance to the Gulf of California, Islas Marías, and the coasts of Nayarit and Jalisco, as well as from 6 to 9 feet off the coast of Colima and Islas Revillagigedo.