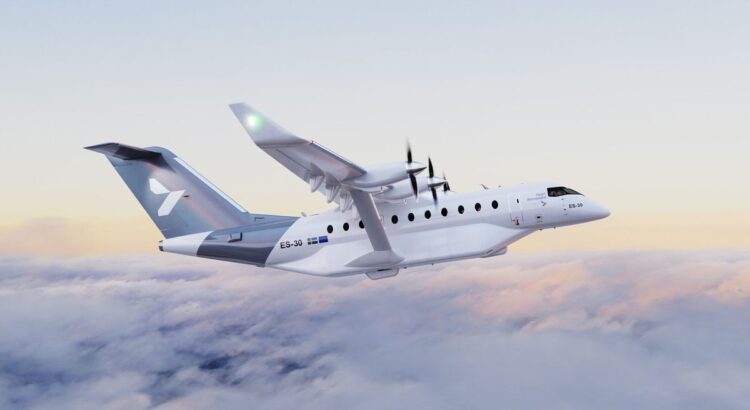 For years, models of aircraft powered by electric motors that they are the vanguard of a front that is called to make powerful advances in the coming years. Now, the Swedish company Heart Aerospace has taken a really important step forward, having signed a contract with American Airlines and Mesa Air Group (also American) to sell them 200 ES-30 aircraft, for regional flights.

And it is that electric planes are taking flight. At the moment, the limitations inherent in this propulsion system keep them confined to the suburban area, but on this type of journey they are a good alternative.

The sale of 200 aircraft of the ES-30 model to the aforementioned airlines (with the option of extending the order to 100 more units, as stated in the contract) will allow the start-up of aircraft that will save a significant amount of CO2 emissions into the atmosphere.

However, there is still a long way to go in the field of electric commercial aviation, since one thing is small aircraft with modest autonomy, and another thing is long-distance flights with high passenger capacities.

In fact, the company supplying the devices, Heart Aerospace, initially planned a 19-seat model with a range of 400 kilometers. According to the specialized portal forococheselectricos.com, it was a 100% electric model that It allowed him to attract investments from companies as important as United Airlines, Breakthrough Energy Ventures (of Bill Gates) and Mesa Airlines.A hybrid model, actually

Now, thanks to this round of investment, the company has managed to develop a larger aircraft model, with capacity for 30 passengers, the aforementioned ES-30. However, this increase in load has forced some ‘cheating’ to obtain the flight power that electric motors alone would not provide. And it is that with this increase in seats, the 100% electric autonomy has been reduced to 200 kilometers, that is, half of the initial version. The other 200 kilometers will be covered by aviation fuel.

However, this does not seem to have been an obstacle to the promising prospects of the project, since has managed to attract new investors, such as Air Canada and Sweden’s Saab, as well as Norway’s Braathens Regional Airlines, Iceland’s Icelandair, Scandinavia’s SAS and New Zealand’s Sounds Air, which will also buy planes from Heart Aerospace. They will be more ‘hybrid’ aircraft than electric, but even so they represent a fairly considerable advance in sustainability compared to current propulsion systems.

According to the aforementioned portal, the first flights will not start until 2028. Meanwhile, this and other companies continue to work on improving the efficiency of electric aircraft engines. For now, you have to decide between autonomy and load capacity, since the latter is always to the detriment of the former.

Parallel to the development of electric aircraft, research is also increasing in the field of hydrogen propulsion systems, which is considered the true alternative for this industry. However, there is nothing to suggest that over the course of this decade we will still see aircraft of a certain size powered by hydrogen fly.