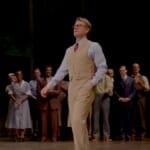 Broadway and film producer Scott Rudin and a Broadway ad agency called SpotCo have settled a 2020 lawsuit in which the ad agency claimed Rudin had failed to pay back up to $6.3 million in advertisement work.

Lawyers for both Rudin and SpotCo filed a stipulation of discontinuation in New York County Supreme Court on Sept. 16 and did so with prejudice and without costs to either party against the other, meaning that the case is permanently ended.

Attorneys for both parties did not immediately respond to a request for comment. Terms of settlement were not disclosed.

SpotCo originally filed the lawsuit against Rudin in August 2020 claiming that they routinely did work for Rudin’s Broadway shows, including “The Waverly Gallery,” “To Kill A Mockingbird,” “King Lear,” “West Side Story” and others, but that it was done with no written contract.

The company said that Rudin would routinely fall behind on payment but always made good but that changed after a dispute in September 2019 in which Rudin allegedly failed to pay outstanding invoices. SpotCo said at the time that Rudin’s “usual practice is to make partial payments on outstanding invoices on the one hand, while requesting additional services on the other. In other words, while the oldest debts were paid off, new debts were incurred, and the result was that the totality of the debt was never paid in full.”

The lawsuit predates an April 2021 exposé in THR that revealed accusations by several of Rudin’s former assistants and staffers of the producer’s alleged abusive behavior toward employees. Rudin released a statement apologizing for the “pain my behavior caused to individuals, directly and indirectly,” and shortly afterward, stepped away from his Broadway shows and his film and streaming projects.

However, Rudin was back in the news in July after the New York Times reported that a dispute between Rudin and the creators of Aaron Sorkin’s “To Kill a Mockingbird” would prevent it from reopening on Broadway after multiple hiatus. 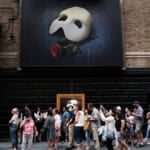