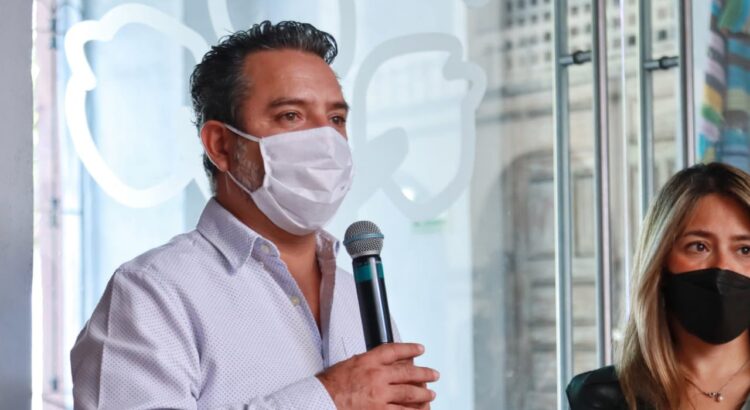 The former municipal president of Cuernavaca, Antonio Villalobos Adamas well as the former councilor Anayeli Rodriguez and the former alderman Gerardo Enrique Guemes Manzowere arrested and admitted to the Social Reintegration Center of Morelos, located in the town of Atlacholoaya, after a control judge ordered preventive detention for allegedly committing the diversion of more than 9 million pesos from the municipal coffers.

This, after a control hearing that began with the surprising absence of the former mayor, because He was in an alleged car accident while on his way to court. to face the accusations presented by the Specialized Prosecutor’s Office in the Fight against Corruption of the State of Morelos.

Given the alleged injuries caused by the accident, Villalobos was transferred to a private hospital. The legal defense showed the judge a video – which circulated on social networks and the media – where Villalobos can be seen with a collar, on a stretcher and with his clothes torn while being loaded into an ambulance.

The former mayor of #Cuernavaca Antonio Villalobos reported having had a road accident when he was on his way to a trial bond hearing that would take place today. pic.twitter.com/RPTUYl3csb

Meanwhile, the Anti-Corruption Prosecutor requested that Villlalobos was declared subtracted from the law. The judge decided to declare a recess and give a deadline for the health status of the former municipe to be accredited.

The hearing was restarted with the physical presence of the councilor and the councillor, while the former mayor followed her at a distance. Last Friday, September 23, the Anti-Corruption Prosecutor’s Office charged the former public servants with the diversion of money from the contributions made by employees of the Cuernavaca Sewerage and Drinking Water System (Sapac) to the Credit Institute.

However, this Wednesday, after the evidence presented by the agent of the Public Ministry, the specialized control judge, Edie Sandoval Lome, determined to reclassify the crime.

In the case of Villalobos Adán, he is accused of the alleged crime of abusive exercise of functions, derived from the diversion of more than 9 million pesos. Rodríguez and Güemes Manzo, for their part, are singled out for their presumed failure to carry out their duties, for failing to avoid affecting the workers, the Cuernavaca Potable Water and Sewage System (Sapac) and the Credit Institute for Workers at the Service of the Government of Morelos (ICTSGEM).

According to reports from the Anti-Corruption Prosecutor’s Office, the evidence presented by the Public Ministry agent includes 13 thousand 709 worker receipts where the discounts that were made to them are evidenced, which were not informed to the Credit Institute.

In addition, the dependency assured, they were exhibited bank movements as proof that supports what is established in the receipts.

According to the investigation related to criminal case JC/385/2022, without just cause, from the first fortnight of January 2019 to the first of October of the same year, quotas were withheld, generating an affectation of 9 million 147 thousand 482 pesos, of which, 2 million 284 thousand 854 pesos are for surcharges generated against Sapac for not paying the fees.

Therefore, the judge ordered preventive detention against the former president and the two former aldermen; The latter were immediately admitted to the Atlacholoaya prison.

Later, the judge granted the Anti-Corruption Prosecutor a arrest warrant against the former mayor of Cuernavaca, intern at the Morelos Hospital. The order was fulfilled at night.

This is the moment in which Antonio Villalobos Adán is transferred in handcuffs to the unit of the Anti-Corruption Prosecutor’s Office. The arrest took place inside the Morelos Hospital where he was treated after an accident in the morning. pic.twitter.com/njcuIuRATr

Juan Cuellar, Anayeli Rodríguez’s lawyer, denounced: “The crimes are not configured, but I think that from his perspective he considered that a much more serious crime was configured, it is the crime of abusive exercise of functions and it was for which he linked to the process and informally imposed preventive detention using an after-the-fact reform; the fact is from 2019 and the reform is from 2021, there are many inconsistencies in the resolution”

He stressed: “There is a constitutional maxim that tells us that cannot be applied retroactively to the detriment of a person, that is established by the Constitution and International Treaties, that is, what was done this day goes against the Constitution.”

The lawyer stressed that in this case, “it is not being judged with the same methods as the rest of the people, it is a totally irregular matter. The same fact can be reclassified; I can say ‘it is not an illicit exercise, but there is another figure that fits into an omission’, but here it fits into an omission where it had to alter the fact, that iswhat it resolved was not debated at the hearing.”

For now, the defense is analyzing the possibility of appealing to the Superior Court of Justice (TSJ) or, resort to indirect protection.