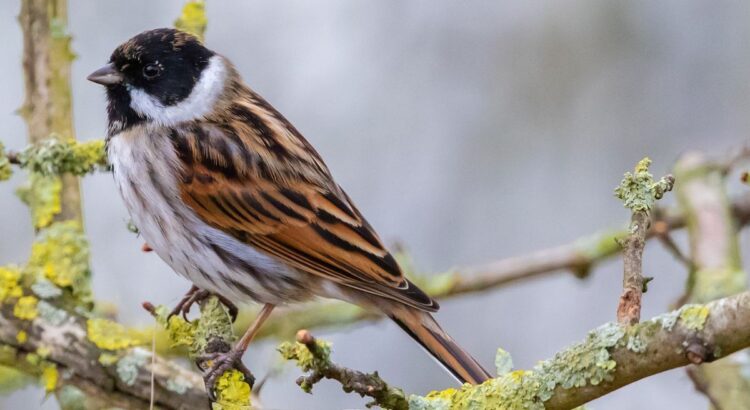 Go out to the countryside, enjoy nature and collaborate with citizen science. It is the triple objective of bird daywhich SEO/BirdLife celebrates on October 1 and 2, this time under the motto “Enjoy and know the birds that surround you“. There will be guided tours, children’s workshops, conferences, bird watching points and many others “birding” activities, open to the participation of all those interested, in more than fifty points in Spain.

In this new annual appointment for the enjoyment and knowledge of birds and nature, the organization highlights the information obtained through two publications that allow knowing the state in which the Spanish avifauna is: the ‘III Atlas of Birds in the Breeding Season‘ and the ‘Red Book of the Birds of Spain’.

The Atlas includes key information to understand the distribution, trends and populations of the 450 species detected in Spain in spring. The data does not call for optimism: more than half of the species of species evaluated in Spain are in an unfavorable situation, and 90 of them are threatened in different degrees.

The publication has confirmed the presence in Spain of eight unique bird species on a global scale and another ten on a European scale. Of these, five are threatened at European level and even one, the Moorish coot (fulica cristata), is in critical danger of extinction in our country and, therefore, throughout Europe.

The endemisms worldwide that are found in Spain are located in the Balearic and Canary archipelagos. They are the Balearic Warbler (sylvia balearic), the Canary Chiffchaff (Phylloscopus canariensis), the rabiche pigeon (columbajunionae), the turquoise pigeon (Columba bollii), the Balearic shearwater (Puffinus mauretanicus), the Gran Canaria blue finch (Fringilla polatzeki), the Tenerife blue finch (Fringilla teydea) and the Canary stonechat (Saxicola decotiae).

All this information can be found in the aforementioned online publication that has already become an essential tool for researchers, disseminators, administrations and the general public who work for and for the conservation of birds.

For its part, the Red Book of Birds of Spain indicates that 56% of the species of species evaluated in Spain present conservation problems and 90 of them are within the threat categories of the International Union for the Conservation of Nature (IUCN).

Among the species that are most at risk of extinction are those listed as ‘Critically Endangered’, such as the capercaillie (Tetrao urogallus), the marsh bunting (Emberiza schoeniclus) or the Balearic shearwater.

Other species have entered the list of those cataloged as ‘Endangered’. This is the case, among others, of the common quail (coturnix coturnix), the hen harrier (circus cyaneus) or the gray shrike (Lanius excubitor).

The Red Book of Birds of Spain points to a “insufficient protection of the Spanish avifauna: lack of adequate management plans and an urgent need to adapt the Spanish Catalog of Endangered Species and the regional catalogues”.

See also  Tropical-Rouge! Precure: Kururun is the most exclusive mascot in the series

An example: of the 22 species listed in the Spanish Catalog of Endangered Species as ‘Endangered by Extinction’, only seven of them have a Conservation Strategy approved as required by law.

Climate change is among the main threats to birds for the first timetogether with pollution, the alteration of ecosystems and intensive agricultural practices.

“You have to keep in mind that Spain has a great responsibility in the conservation of some endemic speciesespecially from the birds of the Canary archipelago, such as the blue chaffinch of Gran Canaria or the rabiche pigeon”, says SEO/BirdLife.

However, it is also responsible for those others in which, within a European context, in Spain there are larger and better preserved populationsas in the case of the ricoti lark, the Iberian sandgrouse (Pterocles alchata) or necrophagous birds of prey.

In addition, birds are the faunal group for which the most data exist, which makes them important indicators of the state of health of our planet. Thanks to them we can know the changes that occur, as happens with climate change or the loss of biodiversity.

List of activities to develop on Bird Day 2022: https://seo.org/diadelasaves22/

Participation form in the activities of the Day of the Birds 2022: https://docs.google.com/forms/d/e/1FAIpQLSdXStYRBMIILXsQnMyaZCINA6K93_TMUpoOjxiu8o4q6BQ9yA/viewform.

III Atlas of Birds in the Breeding Season in Spain: https://atlasaves.seo.org/