Evan Roe Joins Cast of Netflix’s ‘A Man in Full’ 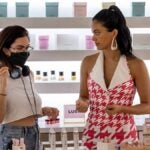 “Madam Secretary” alum Evan Roe has been cast in the upcoming Netflix limited series, “A Man in Full.”

Roe will star alongside Jeff Daniels, whose casting was previously announced. Daniels is set to play Charlie Croker, a polarizing and robust Atlanta real estate mogul who faces sudden bankruptcy. His political and business interests collide as Charlie attempts to defend his empire at all costs.

Roe will play Charlie’s son Wally, described as “anything but a chip off the ol’ block. He gets suspended for voicing his views of him, lives with his mom and does n’t think too highly of his dad.

Production on “A Man in Full” is now underway in Atlanta. The series is based on the New York Times bestselling novel by the late Tom Wolfe. David E. Kelley will adapt the story for the small screen, serving as showrunner and executive producer.

The series is also executive produced by Regina King as part of her first-look deal with the streamer. King is also set to direct.

Roe is best known for his role as Jason McCord on six seasons on the CBS political series “Madam Secretary.”

He also played a key role in the Amazon feature “Selah and The Spades” opposite Jharrel Jerome and Lovie Simon, which premiered at Sundance 2019. He is repped by Hyperion and Untitled Entertainment. 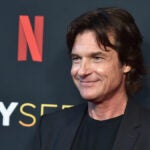