How to Watch Smile: Is the Horror Movie Streaming? 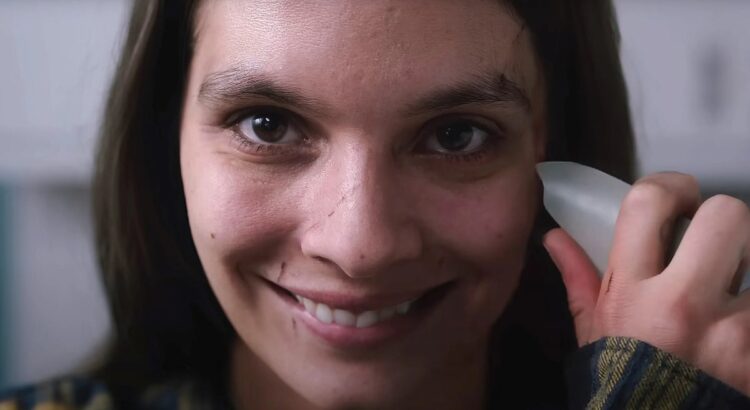 Paramount’s new original horror movie, about a “Ring”-style curse that passes from one person to another and involves horribly violent deaths and – surprise! – a big wide grin on your face, is here, just in time for spooky season. “Smile,” which stars Sosie Bacon and Kyle Gallner and just had its world premiere at Fantastic Fest in Austin before opening this Friday (September 30), is super creepy and unsettling.

But how do you watch the new movie? Read on to find out:

Is “Smile” in theaters or streaming?

“Smile” is, at present, exclusively playing in movie theaters. This is honestly probably a good thing, as its effectiveness is directly related to the amount of teenagers screaming and throwing their popcorn around you. This is a real matinee-at-the-mall movie, in the best possible way.

When will “Smile” be streaming on Paramount+?

Paramount+ is pretty slippery when it comes to when its movies are hitting the service. “A Quiet Place: Part II” went to the platform almost exactly 45 days after its theatrical debut. But that was also when COVID numbers were significantly higher. Since then, there’s been more variation in how long the wait between theatrical and streaming is. “Top Gun: Maverick,” for example, still isn’t available on the service, and it opened in May. But if we were betting (and we are), we’d say it’d be closer to 45 days than not. That would put its debut somewhere around mid-November. Perfect for that Thanksgiving get-together!

What is “Smile” about?

In “Smile,” Dr. Rose Cotter (Bacon), a clinical psychiatrist, witnesses a patient kill themselves in front of her. The patient slit their own throat, all the while smiling. She soon discovers that this death is part of a series of similar violent incidents, all involving smiling individuals. Can she figure out more about this curse (or whatever it is) before she ends up being the latest victim?

See also  The best comedy series on Disney + to laugh

Who is in the “Smile” cast?

The cast, which is led by Bacon and Gallner (who had a brief role in “Scream” earlier this year), also includes Caitlin Stasey, Kal Penn, Rob Morgan, Jessie T. Usher (A-Train from “The Boys”) and Robin Weigert. It’s not the starriest cast, but everyone is very good.

Where are similar movies streaming?

And 2001’s “Cure,” perhaps the “Citizen Kane” of this type of movie, is available on the Criterion Channel.

Other recent movies that “Smile” reminded me of were 2017’s “A Cure for Wellness” (available on all PVOD channels) and 2020’s “The Empty Man” (available on HBO Max, DirecTV and Cinemax) – both deeply brilliant and weirdly underseen supernatural shockers.