Rings Of Power: 10 Best Lord Of The Rings Easter Eggs 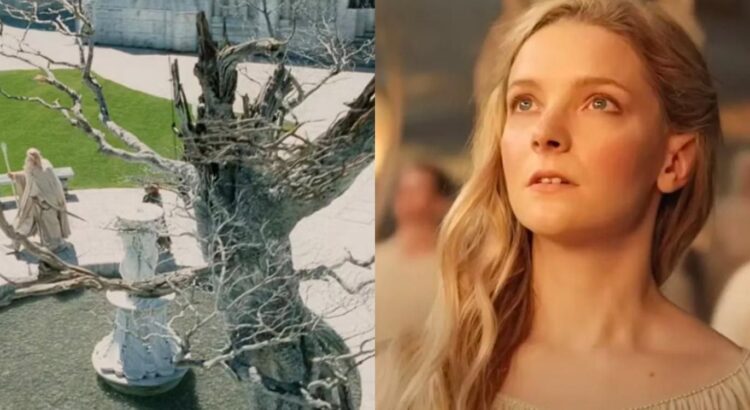 Even though it is still in its first season, The Lord of the Rings: The Rings of Power you have already shown that it is a bit of a powerhouse. In addition to having a compelling story of its own, it has also managed to tap into some of the richest of Tolkien lore.

What’s more, there are many elements of the story, and the visuals, that are clear homages to The Lord of the Rings, particularly as the book was imagined by Peter Jackson for the screen. Thus, it’s worth taking a look at some of the most notable Easter eggs that have already appeared.

Galadriel is inarguably one of the most powerful beings in Middle-earth. At the time that The Rings of Power first begins, however, she is just a child, and one of the first things the viewer sees of her is her construction of a tiny paper boat in the shape of a swan.

Even if the scene may be a set-up for a major event in The Silmarillion Amazon lacks the rights to depict, it’s still a clear homage to the swan boat in which she appears in The Fellowship of the Ring. Just as the bird is a symbol of grace and beauty, so Galadriel will gradually become someone that the Fellowship can turn to when they are in need of solace and shelter.

9/10 The Mention Of Orodruin

There are many beautiful locations in Middle-earth, but there are some that are more threatening than others. Most notably, this includes Mount Doom, also known as Orodruin, the massive volcano in which the One Ring was forged and which was the only place it could be destroyed.

There is a very brief mention of this iconic location, in a conversation between several of the Southlanders. It’s one of those moments it’s very easy to miss, but it’s an important indication that the land currently inhabited by humans will one day become Sauron’s fearsome stronghold of Mordor.

8/10 The Shots Of Galadriel’s Face

Galadriel is certainly one of Cate Blanchett’s best roles. For a long time, she became so firmly associated with the role it was hard to imagine anyone else in it. Though Morfydd Clark has put her own stamp on the character, it’s clear from the way that she is shot and positioned in the frame that the series wants the viewer to understand that she is the same woman she will become in the later saga.

The shots of her looking up at the camera, in particular, are very evocative of the way that Cate Blanchett is shot in The Lord of the Rings. These are clearly meant to evoke this later iteration of Galadriel.

7/10 The Brief Glimpse Of The Ents

Many fabulous races inhibit Middle-earth, and of these the Ents are among the most beloved. Though they have yet to play a large role in the events of The Rings of Powerthey do make a brief appearance when the meteor comes crashing to earth.

Though they are only on the screen for a passing moment, it’s hard not to wonder if some of them are the very same Ents who will come to play such a key role against Saruman in the War of the Ring. It’s possible that one of them might even be Treebeard himself.

The Palantiri are some of the most important objects in The Lord of the Rings. They enable, for example, communication between Saruman and Sauron. At the time of The Rings of Powerthere is only one still in Numenor, and it is this one which Galadriel experiences.

The way it is shot and framed, and the terror of its visions, are clear evocations of its later role in The Lord of the Ringyes Galadriel, like Gandalf and Pippin, learns that this mighty seeing stone carries with it a very sinister reputation indeed.

5/10 Seeing Moria Before Its Desolation

Moria is one of the key locations for the Fellowship, as it is where Gandalf does battle with the Balrog and falls into darkness. When Elrond goes there to visit with Durin, however, it is a bustling kingdom at the height of its majesty and power. At the same time, it’s still clear that this is the same location that will become so familiar to fans of The Lord of the Rings.

In particular, there is a reference to the three doors that Gandalf will ponder as he tries to find a way out of the mines. And, of course, there are also the numerous mentions of feasts, which were of such interest to Gimli when he encouraged the Fellowship upon their entrance to Moria.

The White Tree is another of those iconic presences in The Lord of the Rings, and in the films it plays a key role, as it is a withered husk (at least until Aragorn restores it). Here, however, it is still blooming in Numenor, though even now there are signs that not all is well. As is so often the case in the lore of Tolkien, and its adaptations, the state of a tree says much about the world at large.

The fact that the White Tree has been ignored, and that it starts to shed its petals, suggests that, in an inverse of The Lord of the Ringsthe time of the Men’s mightiest kingdom might be nearing its end.

3/10 A Potential Sighting Of Narsil

There are many powerful swords in The Lord of the Rings, but one of the most vital is Narsil, which Isildur used to cut the One Ring from Sauron’s hand. There is a potential sighting of this powerful blade when Galadriel visits the tower in which Miriel’s invalid father is imprisoned.

It’s unclear at this point how it will go from being in the hands of the king to the son of Elendil. It’s fairly certain, however, that The Rings of Power will devote a significant amount of attention to showing just how it is that father and son come to play such a key role in the fate of Middle-earth.

2/10 Galadriel’s Contending With The Future

By the time that The Lord of the Rings takes place, Galadriel has had to bear a very heavy burden. As she says to Frodo, the Mirror can show many things, and it is one of her most haunting and ethereal speeches from her.

When she touches the palantir, she has to contend with this reality herself. It’s a lovely little grace note that the series employs, and it’s meant to draw a meaningful connection between the events of The Lord of the Rings and this new series. Clearly, Galadriel will take the lessons she learns here with her.

1/10 The Finding And Naming Of Mithril

Few substances in Middle-earth are as important as mithril. It is, after all, the material that Bilbo’s very important shirt was made from, and it saved Frodo from certain death during his encounter with the troll.

Here, the viewer gets to see its actual discovery in the deepest caverns of the mountain, as well as the key moment when Elrond speaks its name for the first time. It’s a powerful instant, in large part because it is one that will have such key repercussions for so many of the franchise’s most beloved characters.

NEXT: 10 House Of The Dragon Characters & Their Rings Of Power Counterpart

See also  After Lula's victory, they remember Vargas Llosa's support for Bolsonaro and other losing candidates