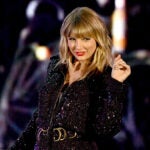 Three years after music executive Scooter Braun drew the wrath of the massive Taylor Swift fanbase for seemingly blindsiding the pop star with the unannounced purchase of her masters, he admitted he has “regret” over how the deal was handled.

On Friday, Braun told NPRhe learned an “an important lesson” about transparency from the Big Machine deal about keeping artists in the loop.

“I learned an important lesson from that. So when I ended up selling our company recently to HYBE, I told myself this time around, everyone is going to participate. Everyone’s going to know,” he said. “And obviously, I was under NDAs then, too. So when I did that deal that you’re referring to with Big Machine, I was under a very strict NDA with the gentleman who owned it, and I couldn’t tell any artist. I wasn’t allowed to. I wasn’t legally allowed to.”

Braun did not refer to Swift by name in the interview, instead calling her “the artist you’re referring to,” as he explained that, based on a letter “that’s out there publicly,” he believed Swift had opted out of buying back her own masters.

Word quickly got out and “all broke loose,” as Braun put it.

“I think a lot of things got lost in translation. I think that when you have a conflict with someone, it’s very hard to resolve it if you’re not willing to have a conversation. So the regret I have there is that I made the assumption that everyone, once the deal was done, was going to have a conversation with me, see my intent, see my character and say: Great, let’s be in business together. And I made that assumption with people that I didn’t know,” he explained.

He added that he “didn’t appreciate” the endless wave of Swiftie hate, which included death threats: “I didn’t appreciate how that all went down. I thought it was unfair. But I also understand, from the other side, they probably felt it was unfair, too… So I choose to look at it as a learning lesson, a growing lesson, and I wish everyone involved well. And I’m rooting for everyone to win because I don’t believe in rooting for people to lose.”

Swift has since turned the situation into a major win: She’s re-recorded and released two of her albums, “Fearless” and “Red,” after she lost ownership to Braun, dubbing them “Taylor’s Version.” 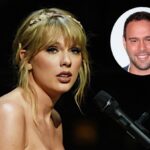