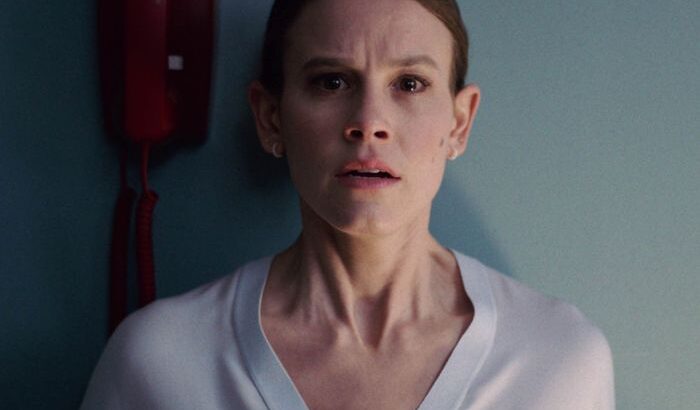 Bilge Ebiri is a film critic for New York magazine and Vulture. His work of him has appeared in TheVillageVoice, the New York Times, Rolling Stonethe Criterion Collection, and elsewhere.

Smile has such a visually powerful concept that it might take a while before you realize the movie is blowing it. After all, what’s more threatening than someone intently staring at you with a big, toothy, frozen, creepy smile? Parker Finn’s debut horror feature, which he based on his own 2020 short film, Laura Hasn’t Slept, recognizes this basic, uncanny concept. And initially, it delivers: Early on, the film is filled with plastered smiles, and Finn uses the motif in interesting ways. Then the inspiration vanishes and Smile settles into the wan, pro forma genre-flick form it so astutely evaded early on.

The premise is generic horror, but the execution, at first, is anything but. The film follows Dr. Rose Cotter (Sosie Bacon), a young doctor working for an emergency psychiatric unit, who one day meets with a highly agitated patient who has witnessed the grisly suicide of her college professor. The professor, we’re told, had an eerie smile on his face before killing himself. Then, sure enough, the patient suddenly starts to grin creepily before promptly slitting her own throat. Rose is spooked, and it’s not long before she starts seeing terrifying visions of her smiles and sinister figures lurking in the dark corners of her house. (There’s some sort of buried trauma in her life involving the death of her mother, so we know that she will figure into the proceedings eventually.)

The terrifying smile is, of course, not a new idea for the genre: Paul Leni’s 1928 drama The Man Who Laughs worked the motif so effectively that the film was retroactively classified as horror and wound up influencing any number of proper genre flicks. (It also inspired the Joker.) And although Leni’s picture was based on a Victor Hugo novel, this is an inherently cinematic concept. A film built around smiles — in particular a specific type of smile — has to be able to use the human face well.

Smile, for a while, does exactly that. Bacon stands out in particular. The daughter of Kevin Bacon and Kyra Sedgwick, she’s a terrific actor, but there’s a certain malleability to her visage, which director Finn embraces visually. When she’s at work, made up and put together, Rose seems cool and delicately featured. As the story proceeds, her makeup disappears, furrows appear on her brow and bags under her eyes, and Finn seems to shoot her with wider lenses and harsher light — as if to exaggerate her features. Some sort of increased agitation like this is nothing new in horror, of course, but here, the transformation is so extreme that it captures the imagination. It suggests that Rose becomes a different person when she no longer has to put on the proverbial face of her.

For a film called Smile, which is all about repressed memories and buried horrors, this is a fascinating stylistic idea. And on the evidence solely of the first half hour or so of this movie, Finn will surely be a director to watch. Direct close-ups, with characters basically looking straight at the camera, both add to the unsettling tone of the picture and focus our attention on the slightest movements of their faces. To put it another way, the film teaches us how to watch it. That’s a nifty accomplishment. If only the film didn’t eventually forget its own lessons.

Even a basic glance at the plot gives you some idea of ​​where it’s all headed, although it takes an agonizingly long time before our heroine realizes that she’s being It Follows-ed by smiles — that this is a chain of viral hauntings with each carrier witnessing one ghastly suicide, then, soon enough, unwittingly committing their own. (This is only a spoiler if you happen to be a character in the movie.) Even more irritating is the fact that nobody around Rose — not the doctors, her ex-boyfriend the cop (Kyle Gallner), her seemingly helpful fiancé (Jessie T. Usher), nor her busybody sister (Gillian Zinser) — seems capable of putting two and two together despite the fact that all these suicides appear to be happening in a fairly small community and are well documented. Everybody is so conveniently lunkheaded. Meanwhile, as Rose gradually loses her grip on reality, the film returns into a series of dream visions, each of which serves to make what’s happening onscreen less and less interesting. (Every time something suspenseful or scary was interrupted to show Rose waking up in her car de ella or whatever, a little piece of me died.)

These are, perhaps, minor narrative flues. Horror is the one genre in which the audience is allowed to be one step ahead of the characters and things are allowed to not always make sense. but in Smile, it often feels like we’re one whole act ahead of everybody, and that can lead to tedium. More important, the real disappointment comes in the way that the film discards its visual principles and its most exciting conceit: Smile all but abandons the whole smile thing. That feels downright unforgivable.