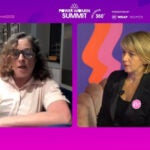 This review originally ran in conjunction with the film’s world premiere at the 2022 Sundance Film Festival.

A couple of years ago, Bob Iger, at the time the CEO of the Walt Disney Company, got an email from Abigail E. Disney, the granddaughter of Disney co-founder Roy O. Disney and the grandniece of Walt Disney. Abigail was disturbed by the fact that Iger had made $66 million the previous year while many Disneyland employees lived below the poverty line; Iger replied that he shared her concern about her but it was the fault of the government, and referred her to the human resources department, which defended its treatment of Disney employees.

More recently, she sent Iger (and his successor, Bob Chapek) another email. “Dear Bob,” it read. “You didn’t seem to understand my email, so I made this movie.”

“This movie” is “The American Dream and Other Fairy Tales,” which premiered on Monday at the virtual 2022 Sundance Film Festival. And if it seems strange to have a documentary about problems with the Walt Disney Company and with income disparity in America directed by a woman with the last name Disney, don’t worry: It seems strange to Abigail Disney, too. The filmmaker takes issue with her her famous family’s company in “The American Dream,” while her voiceover in the film never stops reminding us that she has the resources to make a critical film about Disney simply because she es to Disney.

See also  Phantasy Star Online 2: Everything confirmed in the final video of the new Genesis prologue

At first though, “The American Dream” is focused fully on Disney, and particularly on its first amusement park, Disneyland. Before Abigail Disney even introduces herself, she brings in a woman who worked at Disneyland for 45 years, and the first half hour of the film is devoted to a number of park workers: A couple who both work there but live with her mother because they can’t afford a house or apartment, others who need to work two jobs but still can’t make ends meet, many who are forced to frequent food banks set up specifically for Disney employees.

In the city of Anaheim in Orange County, the city council routinely gives Disney huge breaks, including building an enormous parking structure for the resort, leasing it to the company for $1 a year and letting Disney take 100% of the revenue. Meanwhile, the company pays park workers $15 an hour, despite the fact that an MIT study showed that a living wage in Anaheim is more than $24.

“The Disney Company is ground zero of the widening disparity in America,” the film says, but for a long stretch it seems content to be a case study of that one company. Then, as Abigail Disney showcases her own public crusade against exorbitant CEO pay and income inequality, it slowly expands beyond Disney, while always keeping the company as a symptom of what has gone wrong with American business. 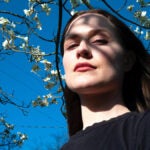 Using archival footage, interviews and vaguely Terry Gilliam-esque animation, she paints America (and Disneyland) as a place where a worker could make a modest living in the 1950s, ’60s and ’70s, before corporate decisions were driven by Wall Street. One interview subject points out that the motto of the Harvard Business School used to be “Making a decent profit decently,” which seems astonishingly sunny (and naive) in 2022.

The film gets into systemic racism, trickle-down economics, dog-whistle politics and the COVID era worker cutbacks and record profits. Abigail sums up the stock-driven, “greed is good,” rampant-disparity ethos most succinctly and colorfully in a single phrase: “I think of it as the assholification of America.”

Her points are undeniably potent, even as “The American Dream” veers all over the map and at times feels as if it’s losing focus by including so much. But the film continually returns to Disney as a case study in corporate heartlessness, which allows for more soul-searching on the part of Abigail, who does not work for the company (which has called her criticism “unfair and libelous”) but who admits , “everything I have in my life came from inheriting Disney stock.”

That makes “The American Dream and Other Fairy Tales” a classic example of biting the hand that feeds you, but Abigail does her best to make that a strength rather than a problem.

“The American Dream and Other Fairy Tales” opens in NYC and on-demand Sept. 23 and in LA Sept. 30 via Fork Films.