Yorgos Lanthimos already has a cast for his new film, ‘And’ 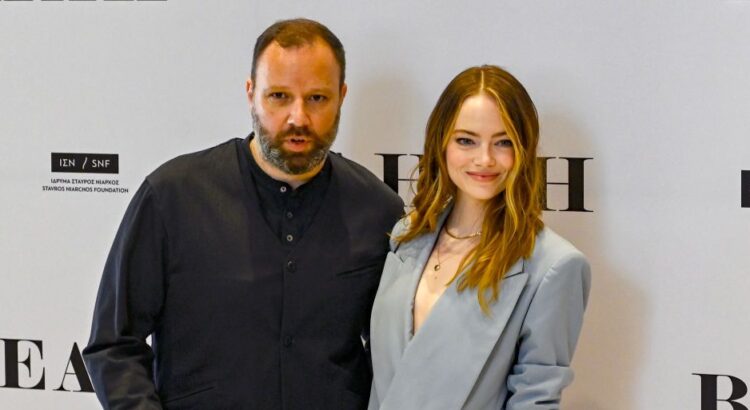 Greek filmmaker Yorgos Lanthimos continues to thrive and maintain his own style with each new film appointment.. Few other filmmakers have captured such a distinctive vision in today’s cinematic landscape. The director continues to explore his style like few others in a way that is as funny as it is chilling, as well as heartbreaking. Now Searchlight Pictures has given the green light to his new film, ‘And’, which will start shooting next month in New Orleans. Details remain under wraps, but cast names are known.

As Deadline has revealed, the filmmaker will feature faces that are familiar to him. Among the cast is Emma Stone, with whom she already proved to be very good friends when they made ‘The Favourite’. In addition, the actress of ‘La La Land’ stars in ‘Poor Things’, which is expected to be released sometime in 2023, and also appears in ‘Bleat’, a short film by the director. Without a doubt, the Oscar-winning actress likes the Lanthimos style.

Also, Willem Dafoe and Margaret Qualley, who are also in ‘Poor Things’, will also meet with Lanthimos for this job, while Jesse Plemons will complete the cast.marking his first collaboration with the filmmaker.

Lanthimos wrote the film alongside Efthimis Filippou and will also produce with Element Pictures’ Kaisa Malipan, Ed Guiney and Andrew Lowe. The movie will be co-financed by Film4 and it seems that everyone is eager to work on this mystery movie. Element, Searchlight and Film4 also participated in The Favorite and Poor Things. Betting again on the filmmaker, he goes for another distinctive, provocative and intriguing project.

Production is already scheduled to begin in a matter of weeks., and at the moment, as we say, details of the argument are not known. However, after the success of ‘The Favorite’, and about to be released ‘Poor things’, everything indicates that both will follow the director’s path in terms of daring and dynamism. As more details regarding this intriguing new project come in, we’ll be sure to keep you posted.

‘And’ is expected to debut in 2024.. Before there is another movie pending: ‘Poor Things’ will be released sometime in 2023. The film is a thriller set in the 19th century. A Frankenstein-style tale set in the Victorian era that tells the story of Belle Baxter, played by Emma Stone, a young woman brought back to life by an eccentric and brilliant scientist.

In 2018, ‘The Favourite’, a black comedy set in the 18th century, won ten Oscar nominations and the statuette for Olivia Colman as Best Actress. Joining Stone and Colman were Rachel Weisz and Nicholas Hoult.