Earth-like planets could be more common than thought 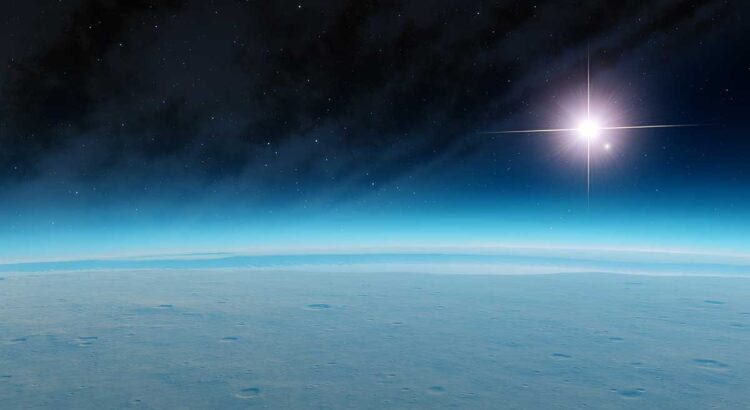 In accordance with a published study on September 29 in the magazine Nature Astronomythe possibility of that there are planets similar to Earth orbiting other stars is very high.

Until now, and thanks to the observations made from our planet through powerful telescopes, more than 5 thousand extrasolar planets have been located (which are outside the solar system) since the first was discovered, in 1995.

It must also be said that the recent exploration of exoplanets has basically focused on the discovery of rocky and temperate planets like Earthor what is the same, potentially habitable planets.

And thanks to the most recent studies -such as the one just presented- these potentially habitable planets would be orbiting stars cooler than the Sun. Specifically, worlds located in M-type red dwarf stars.

The stars M-type red dwarfs -whose diameter is not even half the diameter of the Sun- are the most numerous that exist in the universe. In fact, they are extremely common in the Milky Way and their life is usually very long because, due to their size, they burn more slowly the hydrogen that is converted into helium inside their incandescent core.

M stars are also relatively cooler than other stars, so they are excellent candidates to have planets that can host life.

On the other hand, factors such as a suitable temperature, as well as an ideal amount of seawater they are decisive for a planet to maintain a temperate climate, as on Earth.

Nevertheless, previous models of planet formation predict that the rate of occurrence of planets satisfying such conditions (a temperate climate) around M-type stars is very small.

See also  Layoffs hit Twitter: in the middle of the US elections, they take longer to detect and sanction 'fake news'

But new simulations conducted by University of Tokyo doctoral student Tadahiro Kimura and published in Nature, seem to contradict the fact that M-type stars are not good candidates to host planets similar to ours.

Thus, the simulations carried out by Kimura have focused on very important factors such as the formation of a hydrogen-rich atmosphere from protoplanetary disks and the production of water through the reaction between the atmosphere and the magma oceans.

The protoplanetary disks are those discs that surround a young star. It is in these that the physical processes necessary for planets to form occur. 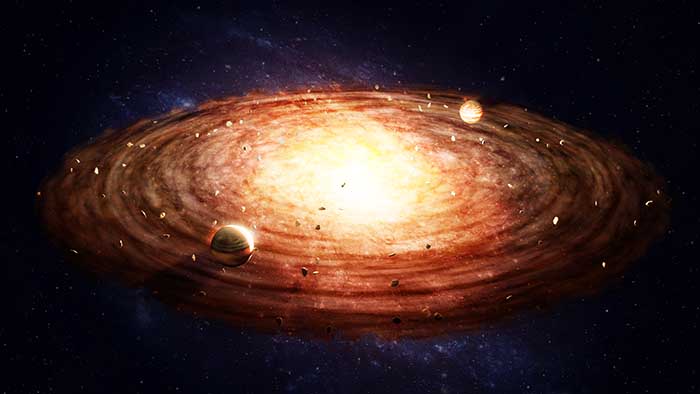 Both Kimura and his colleagues, were given the task of simulating a new model of planet formation and, with this, they have dared to predict the amounts of seawater that the hypothetical planets orbiting M-type stars would have.

As a result, his estimate shows that planets with radii similar to those of Earth, orbiting red dwarf stars, is very high. And not only that, but these planets would have moderate amounts of seawater because they would have a temperate climate.

Kimura’s discovery also suggests that planets with temperate climates are very likely to be found in the next decade. and that almost 100 planets the size of the Earth are detected in the so-called habitable zonewhich is a region between a planet and a star, where water can remain in a liquid state.

In addition, the results of this study predict that several of these planets will be aquatic worlds with hot climates similar to those on Earth.

The most important thing is to have the observation instruments to be able to locate them. But progress has already been made on this. Recently, for example, the James Webb Telescope has been able to determine with unprecedented accuracy, the chemical composition of a planet that astronomers speculated had another composition.

It’s about the exoplanet WASP-96b, which has water in its atmosphere. Also, it has clouds and it’s misty. 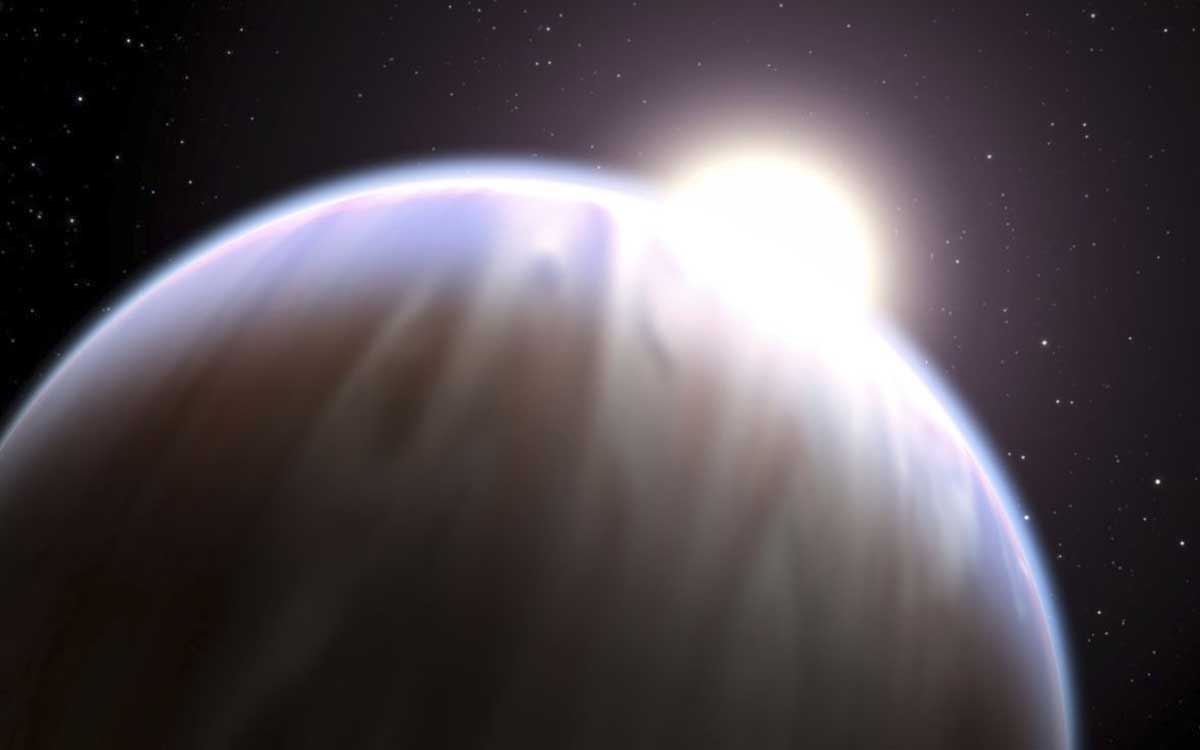 Also, the James Webb has taken the first direct image of a planet outside the Solar System. The announcement of this important event was made on September 1st. And, the world in question, called HIP 65426 b, is a gas giant which unfortunately has no chance of harboring life since it does not have a solid surface, much less rocky.

Regarding the search for life on other planets that is carried out through electromagnetic waves, that is, the possibility that a technologically advanced civilization communicate with us through radio signals that are captured by our radio telescopes, in the course of these years there have been several large-scale projects such as SETI, which was headed at the time by the American astronomers Frank Drake and Carl Sagan.

Sagan, who died of cancer in 1996, wrote in one of his last books, ‘The World and Its Demons’, that “every civilization in human history has devoted some resources to investigating deep questions about the universe and it’s hard to think of another deeper to know if we are alone in the universe”.

This approach of inquiring about whether we are not alone in the universe is what has inspired so many human beings to dedicate his life to search for life on other planets in a serious way, through the scientific method and, of course, technology. 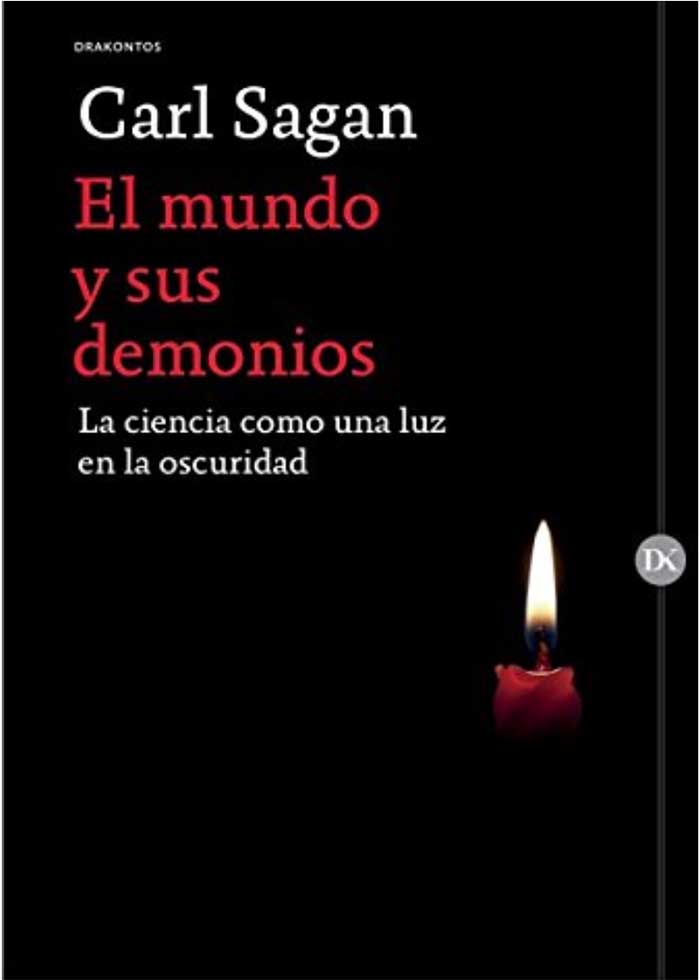 Cover of the book `The world and its demons, science as a light in the dark’ by Carl Sagan.

In fact, and as Sagan also mentions in another chapter of this book, “even if we could not decipher the contents of the message, the reception of such a signal would transform our vision of the universe and of ourselves”.

Therefore, the search for planets from several fronts -such as the proposal of new planetary models such as Kimura’s, as well as the intense search for other planets through telescopes and radio telescopes on the ground and from space- it will determine what is done in the present and in the not so distant future in terms of space research.

And, really, why do we want to find another civilization equal to or more advanced than ours? Perhaps what motivates us is simply curiosity. That quality that -although so basic- is an inherent part of human nature and without which we might not have advanced as a species in terms of all the progress we’ve made in science, medicine and technology, among other areas of knowledge and exploration, in recent times.