Gunshots and confusion in Burkina Faso after coup; French embassy set on fire 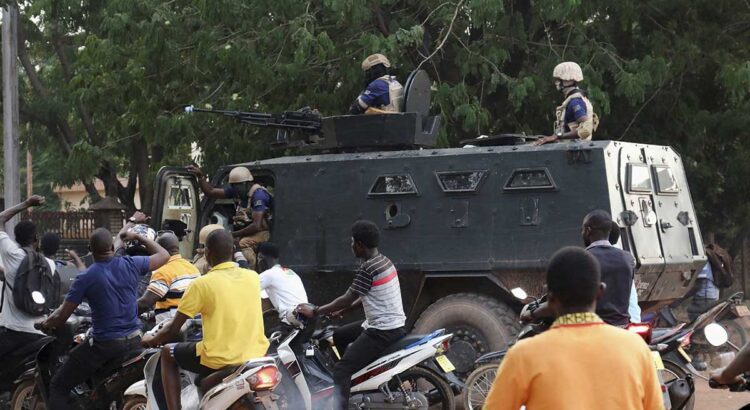 A group of protesters set fire to the French Embassy in Burkina Faso after attacking the French institute of Bobo Dioulasso, in the west of the country, after accusing France of harboring the leader of the military junta deposed by the coup, Paul Henri Sandaogo Damiba, in one of its military bases.

On this Saturday night, dozens of videos have been broadcast on social networks in which hundreds of protesters can be seen throwing objects against the walls of the diplomatic representation whose interior is on fire.

The French Ministry of Foreign Affairs issued a statement in which claimed that the base had never taken in Damiba, who seized power in a coup on January 24. Damiba also denied being at the base, saying that the reports were a manipulation deliberate public opinion.

Subsequently, the spokesman for the French ministry condemned the violent acts in a statement in which he also called on stakeholders to ensure security, in accordance with international conventions.

“We condemn in the strongest terms the violence against our diplomatic representation in Burkina Faso. Any attack on our diplomatic control is unacceptable.” the French Government stated in the letter.

In addition, the spokesman assured that the safety of his compatriots is a priority. Therefore, they sent instructions asking them to exercise “the greatest vigilance” and remain in their homes until further notice.

France opened a crisis cell inside the embassy and another in the Crisis Center to monitor the situation, as reported.

🇧🇫🇨🇵 | The French Embassy denied that soldiers from that country are protecting the authorities of Burkina Faso overthrown this Friday by a military coup, the second such uprising in eight months in the country. However, protesters attacked the embassy. pic.twitter.com/hZ3UrazQly

The confrontation points to a deep division within the army and a worrying new chapter for Burkina Faso, where a rampant Islamist insurgency has undermined faith in the authorities and displaced nearly two million people.

“I call upon Captain Traore and company to come to their senses and avoid a fratricidal war that Burkina Faso does not need”Damiba said Saturday in his first statement on the crisis, posted on the official Facebook page of the presidency.

The West African country and former French protectorate has become the epicenter of violence carried out by groups linked to Al Qaeda and the Islamic State that began in neighboring Mali in 2012 and has spread to other countries south of the Sahara desert.

Chief of the General Staff of the Burkinabe Army called on the warring factions to cease hostilities and continue the talks, adding that the situation was “an internal crisis within the National Armed Forces.”

The US State Department and the UN Secretary General reported the riots.

Forces loyal to Traore appeared on state television and said that Damiba had taken refuge in a French army base from where he was organizing the counterattack.

Anti-French protesters also gathered and they stoned the French Cultural Center in the southern city of Bobo-Dioulasso.

Earlier in the day, scattered shots were heardArmed helicopters surrounded the presidential palace and a special forces convoy swept through central Ouagadougou after Traore announced on state television the night before that he had taken control in what would be the second coup this year.