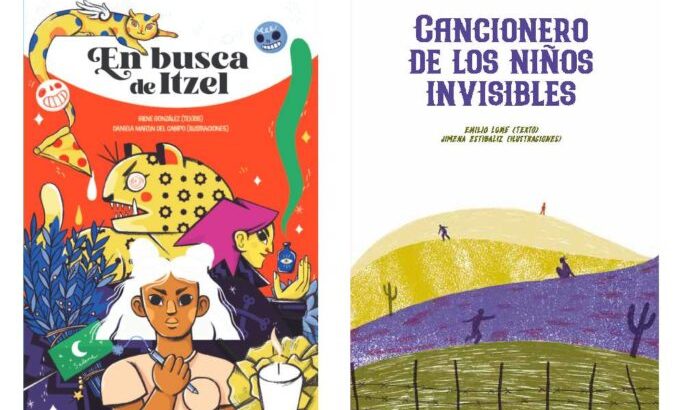 the national program Wings and Rootsinvites children and adolescents to discover the work of 10 Mexican writers who are part of the editorial collection for children and youth Lizard Wings 2021.

The collection that arises from the national call with the same name, aimed at Mexican authors from 16 years of age and older, focused on the creation of literary works for girls, boys, adolescents and young people from zero to 25 years of age, and that in 2021 issued its second edition – the first was in 2020-.

Starting every Tuesday in October The selected works will be published for free download on the program’s website and in the digital bookseller section. The first title available is Invisible Children Songbook, From the writer Emilio Lomé and illustrations of Jimena Estibaliz, in which stories of migration of girls and boys on the border of Nogales, Sonora are told in a run.

On Tuesday October 11thcan be downloaded In search of Itzel, of Irene Gonzalez and illustrations of Daniela Martin del Campo. This novel for teenagers narrates the journeys faced by Alicia, a mysterious boy dressed in black and an alebrije to find her friend Itzel and, along the way, discover a magical and secret world, among historic buildings and famous murals in the city of Guadalajara. .

On Tuesday October 18the online version of red bear, of Erick Guichowhose protagonist is a curious bear who does not like all vowels and prefers to always introduce himself with the letter O.

On Tuesday October 25the story is published in Spanish and Nahuatl Malitsinof Martin Tonalmeyotl and illustrations of Tooj Birdabout a little pig who is adopted by a girl who will take care of her until her unexpected end.

The November 8thit’s the turn of the poetry book Words like from another worldof Jorge von Dueben Padilla; the November 15is published serena and the purple dragonof Martha Grizel Delgado and illustrations of Carlos Velez Aguileraa story about humans and dragons.

The November 22th, they will know the bilingual book in Spanish and Nahuatl Ayauhquemitl and her paper butterflyof Elsa Valleywhich tells the story of a squirrel who will embark on an adventure in the company of his little friends: Where did my kite go?

The November 29ththey will know the stories of The ppots of colorsstories of Maria Fragoso Mora. and on tuesday 6th of December poetry book is published My grandmother’s houseof Emiliano Arestegui.

Finally, the tuesday december 13the tenth and last title of the collection will be available: Grandma Paqui Yohualliof Cynthia Lopez and illustrations of Irma Bastida-Herrerawhich tells the story of a woman who knows the wind and the water, the sun and the flight of the birds, the playground and how important it is to laugh alone and sing to life.