Christian Bale Says He Acted as a “Mediator” on ‘American Hustle’ Set Between David O. Russell and Amy Adams 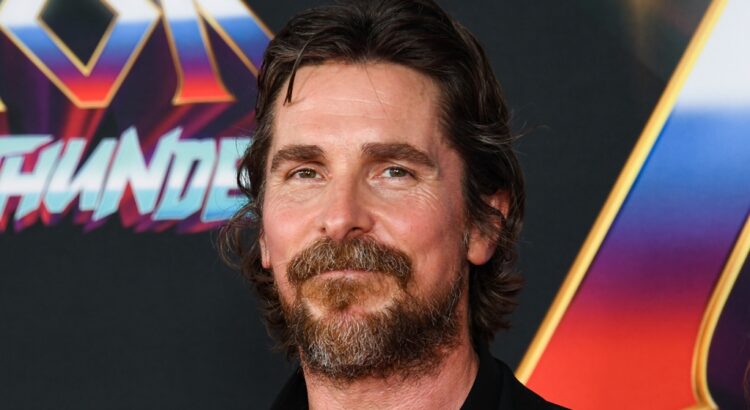 Christian Bale is addressing his pay and onset conduct in two of his most notable films: American Psycho and American Hustle.

the amsterdam and Thor: Love and Thunder actor spoke to GQ for the magazine’s November cover storywhere he discussed a decade-long philanthropic effort, his tenuous social relationship to Hollywood, his American Psycho paycheck and defending co-star Amy Adams from director David O. Russell on the set of American Hustle.

While discussing the American Hustle set experience, accounts of which emerged amid the 2014 Sony email hack and in a March 2016 British GQ interview with Adams, Bale confirms he stepped in between Adams and Russell, calling himself a “mediator” during those interactions and saying he “did what I felt was appropriate, in very Irv style,” referencing his character in the film.

“If I can have some sense of understanding of where it’s coming from, then I do tend to attempt to be a mediator. That’s just in my nature, to try to say, ‘Hey, come on, let’s go and sit down and figure that out. There’s gotta be a way of making this all work,’” Bale tells the magazine.

During the 2016 interview about her on-set experience, Adams addressed a question sparked by an email that emerged from the Sony leak between journalist Jonathan Alter and his brother-in-law, then Sony CEO Michael Lynton. Alter wrote that the American Hustle director “so abused” the actress on set that Bale had stepped in on her behalf. “His abuse of him and lunatic behavior are extreme even by Hollywood standards,” alter wrote.

The actress told British GQ that Russell “was hard on me, that’s for sure,” describing the experience as “a lot” and one that not only made her cry but also saw her going home from work “devastated” on “most days.” It was an experience, at the time, that made her pass on wanting to work with him again “in the near future” and likely not “unless the role is less damaged and there’s a way to mitigate the insanity” after that.

“Even I was surprised on American Hustlebecause on [his previous film] Silver Linings Playbook he had developed this wild, crazy way of working with Bradley [Cooper] and Jennifer [Lawrence] …and it was mania. I was like: wow,” Adams said. “It really taught me how to separate work and home. Because I was like, I cannot bring this experience home with me to my daughter.”

Bale says having to intervene and serve as a mediator on that job has not made him feel differently about the finished project and that Adams herself has told him to not let it affect the enjoyment of watching.

“You’re dealing with two such incredible talents there,” Bale says. “Look, if I feel like we got anywhere close — and you only ever get somewhere close to achieving; our imagination is too incredible to ever entirely achieve it — but if you get anywhere close to it, and when you’re working with people of the crazy creative talent of Amy or of David, there are gonna be upsets. But they are fucking phenomenal. Also, you got to remember, it was the nature of the characters as well. Right? Those characters were not people who back down from anything, right?”

See also  Pablo Daniel Taddei, son of super delegate in Sonora, will be director of LitioMx | find out

At another point in the interview, Bale speaks about one of his earlier films, American Psycho, which is frequently credited as the movie that kicked off his career. But the Pale Blue Eye star it was a role only the director, Mary Harron, wanted says — and fought for — him to be in.

And so the pay was low — “the absolute minimum they were legally allowed to pay me,” Bale says, with the promise that “they would only make it if they could pay me that amount” — for a job he took to support his Familia.

“I had a house that I was sharing with my dad and my sister and that was getting repossessed. So the first thing was: ‘Holy crap. I’ve got to get a bit of money,’ because I’ve got American Psycho done, but I remember one time sitting in the makeup trailer and the makeup artists were laughing at me because I was getting paid less than any of them. And so that was my motivation after that. Was just: ‘I got to get enough that the house doesn’t get repossessed.’”

Because his relationship to acting has been tied to acquiring financial security for his family since a young age, the actor says, taking time off wasn’t something he’d really considered.

“It’s how I’ve supported people since I was 12, 13 years old. So it’s always been there, that element to it,” Bale says. “There was never a moment where it was like, ‘I think I’d like to take four years off.’ No. That just isn’t gonna happen. That’s not possible.”