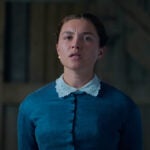 You better watch out… and you probably will cry, as David Harbor’s viscious-looking Santa is coming to town.

Universal Pictures has released a new trailer for the upcoming holiday action-comedy film, “Violent Night.” The story follows a team of mercenaries who break into a wealthy family’s compound on Christmas Eve, taking them hostage, forcing Harbor’s Santa Claus to — violently — save the day.

Though the “Stranger Things” star dons the classic red hat and suit, it’s clear that this Santa is no saint, as the trailer also shows him drinking at a bar, beating someone with a billiard-stuffed sock, using a Christmas star as a stab weapon and more.

Tommy Wirkola directs from a script by Pat Casey and Josh Miller. David Leitch and Kelly McCormick of 87 North Productions are producers.

The film premieres in theaters Dec. 2.

Watch the trailer here or in the embed above. 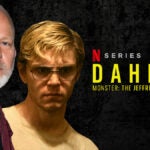