Jacob Batalon is not sure if he will continue in the MCU after ‘Spider-Man: No Way Home’ 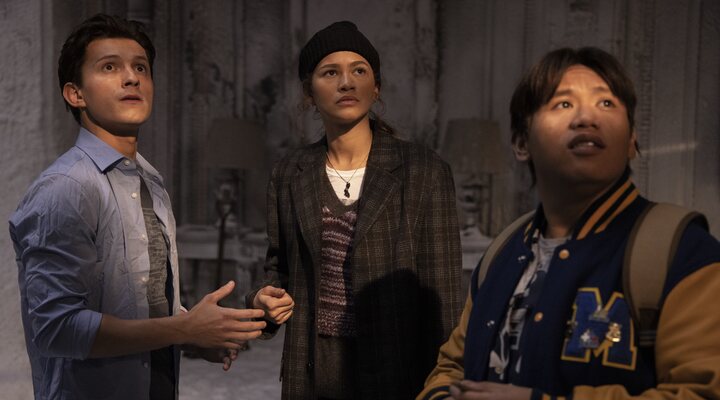 After the enormous box office success that was ‘Spider-Man: No Way Home’, Marvel and Sony got down to work to “actively develop” a fourth installment, making Tom Holland the first film Peter Parker to star in more than three films. Of course, according to Jacob Batalon, Peter’s best friend in this saga, that Spider-Man continues does not necessarily mean that they will have him again (or I include Zendaya) after the emotional and convoluted end of ‘No Way Home’.

In an interview with ColliderBatalon, who is in full promotion of the Syfy series ‘Reginald the Vampire’, has recalled how he lived reading the script, the news of the appearance of the other Spider-Man and also his feelings after the premiere. “Everyone cried a lot on our last day of work”recalls the actor, “Even at the premiere, everyone cried. It was such a beautiful experience to be a part of, I think for everyone. We started at a very young age, essentially being teenagers when we started the first movie. And to really see the arc of the movies coming together and all of our characters coming full circle, I would say it was crazy. It was crazy to read it. It was crazy to see Andrew [Garfield] and tobey [Maguire] in the script. It was crazy to have all the villains in the script. And then, for it to end the way it did, in a tremendous cliffhanger, obviously no one expected that. I’d say it’s a very moving ending to our films. It really makes the sequel to Spider-Man interesting, but maybe not with us, and I think that’s a great thing.” In the movie, both Ned and MJ end up forgetting that Peter ever existed when Doctor Strange manages to complete his spell.

Whatever it has to be, it will be

As difficult as it is to believe, the actor swears and perjures that he has not yet heard from Marvel Studios or Sony about a possible role in future installments of the Marvel Cinematic Universe, but it does not seem that this affects him too much either: “I think the cast are the last people to know. I think people assume that actors always hide secrets. I promise you, we don’t know anything. But again, if it’s the right place, at the right time, with the right group of people that we’ve been with, I’d say, why not? But apart from that, what has to be, will be. Really, those decisions are made by the big bosses, by the people who sign the checks. We are open to the idea, but we don’t expect it.”

Precisely for this reason Batalon has not been sitting at home waiting for the phone to ring and it will be Kevin Feige or Jon Watts and in addition to the aforementioned ‘Reginald the Vampire’, Batalon has participated in the fictional podcast ‘Zaya’ and in the films ‘ Randall Park’s Shortcomings’ and ‘Lift’ opposite Kevin Hart and Sam Worthington. In addition, he is recording the slasher ‘Horrorscope’.