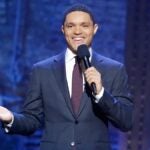 Megyn Kelly slammed Trevor Noah on Tuesday during an episode of her podcast, “The Megyn Kelly Show,” shortly after the television host announced he was stepping down from “The Daily Show” after seven years. She suggested that it wasn’t Noah’s choice to leave, but rather, he was forced out by Comedy Central due to low ratings.

“He was a killer ratings. That’s the truth,” Kelly said.

She went on to claim that Noah “wasn’t the lead political commentator” like Stephen Colbert, who took over as host of CBS’s “Late Show” from David Letterman in 2015.

She continued: “That show went down into the toilet with Trevor Noah at the helm. It wasn’t funny. Nobody ever laughed.”

The podcast host proceeded to play a montage of Noah’s apparent “unfunniness.” In the first clip, Noah commented on coronavirus lockdown restrictions on church gatherings, saying that “[keeping] the priests separate from the congregation might not be the worst idea.” In the second clip, “The Daily Show” host denounced the Catholic Church, calling it a “molesting club with an open prayer.” The podcaster also played a clip of the comedian joking that Trump gave the country “judicial herpes” with his Supreme Court appointments of him. 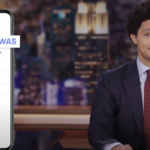 Noah Thursday announced that he was leaving the long-running show.

“It’s been absolutely amazing, it’s something that I never expected and I found myself thinking throughout the time, everything we’ve gone through … and I realized after seven years my time is up,” Noah told his studio audience.

Noah became the host of “The Daily Show” in 2015, succeeding Jon Stewart, who took over in 1999 from Craig Kilborn and remained at the anchor desk for 16 years. 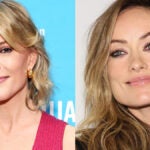 See also  Big Brother: Rules Guests Must Follow That Fans May Not Know