‘The Lord of the Rings’ in concert in Barcelona and Madrid 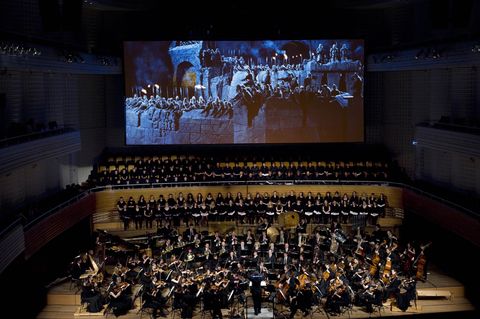 Middle-earth, big and live! Enjoy of the original trilogy of ‘The Lord of the Rings’ in a concert with the Howard Shore soundtrack performed live by the Vallés Symphony Orchestra in Barcelona and Madrid.

Although we have returned to the world of JRR to ‘The Lord of the Rings: The Rings of Power’ from Amazon Prime Video, we have not yet overcome the journey that Peter Jackson proposed to us twenty years agowhen we saw how a ring was forged on the big screen to rule them all, a ring to find them, a ring to attract them all to the cinema and start a trilogy that would mark different generations and revive fantasy as a fundamental genre in the mainstream.

Although at the time many fans threw their hands in their heads after the choice of the Canadian composer, hoping that others like John Williams or Hans Zimmer would be the conductors of the original music, time has blessed Howard Shore with one of the best bands sounds of film history. Imperishable, evocative, epic and masterful.

Performed mostly by the London Philharmonic Orchestra between the English cities of Watford and Wellington, the musical tracks for the big screen adaptation of Tolkien’s work were mixed in the legendary Abbey Road studios, the epicenter of Tolkien’s discography. The Beatles.

Now, Concert Studio gives you the opportunity to relive the unrepeatable adventure with a screening of ‘The Fellowship of the Ring’, ‘The Two Towers’ and ‘The Return of the King’ in which the music of Middle-earth will come to lifewith the score by Oscar winner Howard Shore performed live by the Vallés Symphony Orchestra, conducted by Ludwig Wicki and accompanied by the soprano Kaitlyn Lusk. As the film plays on the big screen, the orchestra will be joined by the Cor Madrigal, Cor Bruckner choirs and the Cor Vivaldi children’s choir.

The show includes the viewing of the trilogy on a giant cinematographic screen, in the original subtitled version (VOSE) together with more than 200 musicians on stage.

There will be breaks of 20 to 30 in each of the viewings and, for those who do not dare with the complete pack to see the trilogy on 3 consecutive days, you can buy tickets individually to go one day to see one of the films.