‘The Walking Dead’: The connection of Daryl’s new series, with another spin off of the franchise 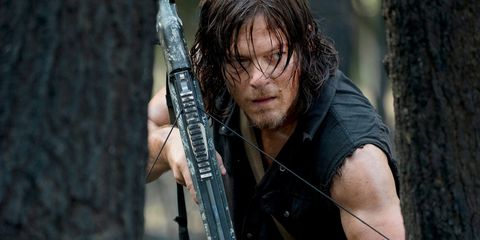 ‘The Walking Dead’ has given fans a first look at its long-awaited spin-off ‘Daryl Dixon’.

It gets its name from the character played by Norman Reedus.. The new series of the universe ‘The Walking Dead’ will follow this ‘anti-hero’ with a crossbow, in a small adventure through Europe.

Reedus himself has taken to Twitter to share the poster of his spin-offwhere you can see the Eiffel Tower in all its post-apocalyptic splendor.

No, that doesn’t mean this spin-off going to be a crossover with season 3 of ‘Emily in Paris’ (though we’d probably see that one too). Rather, it confirms that Daryl’s series will join another of the ‘TWD’ franchise productions, ‘The Walking Dead: World Beyond’.

In the second and final season of ‘World Beyond’, viewers were able to see what was happening in other parts of the world. Unlike ‘TWD’, which has always been more focused on the US, with some forays into Mexico or Canada, ‘World Beyond’ took its action to France.

In the post-credits scene of the last episode, we see a woman sorting out some old electronic equipment in a laboratory, when Suddenly he comes across a video of Dr. Edwin Jenner (Noah Emmerich). Let us refresh your memory: Jenner is the scientist who revealed some “unpleasant” information to Rick Grimes (Andrew Lincoln) at the end of the first season. Everyone is infected with the virus and they will turn into zombies after their death.

Jenner said, however, that she knew of some scientists in France who were working on a cure. ‘World Beyond’ seemingly confirmed that the French may be closer to stopping the end of the world than their American counterparts, but it also revealed something disturbing. The woman is threatened by an armed man, and he alludes to the direct responsibility of the scientists in spreading the virus.

What does Daryl have to do with all this? Is it his spin-off, located in France, the end of ‘The Walking Dead’? We will have to be attentive to the trailer and the announcement of the release date to know more.

All seasons of ‘The Walking Dead’ are available on streaming on Disney+, Netflix and HBO Max.

See also  Seinfeld: 5 times Elaine was an adult (and 5 times she was too immature)