Bears are not carnivorous: this shortens their life in zoos 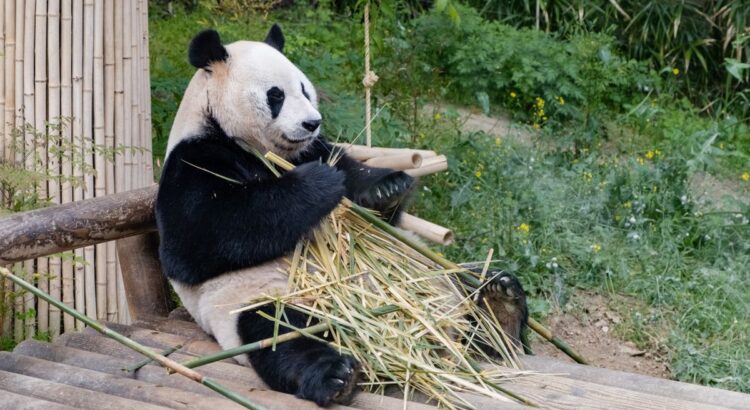 Proven: bears are omnivores, like humans and other primates, and need much less protein than they normally eat in zoos. Even more: excess protein is related to a higher incidence of kidney disease and shortens the life of plantigrades. And everything indicates that that relationship is extensible to the human being.

A study from Washington State University, which has just been published in ‘Scientific Reports’, has added more evidence on the nutritional needs of giant pandas and sloth bears. The research is added to another carried out by the same entity a few months ago, published in ‘Zoo Biology’, which reached the same conclusions for polar bears.

Bears, unlike cats, for example, are not carnivores in the strict sense. Lead author of the two studies Charles Robbins, a professor of wildlife biology at Washington State University, warns of the mistake being made with bears in most zoos.

“Since always, whether they are polar bears, brown bears or sloths, the recommendation has been to feed them as if they were carnivores, with diets rich in protein. When you do that you kill them slowlyRobbins stresses.

As for the latest study, the researchers conducted separate experiments for captive giant pandas and sloths at different zoos in the United States. The animals had access to unlimited food of different types to test their preferences. They then recorded the nutritional profiles of their choices.

So, in collaboration with researchers from Texas A&M University and the Memphis Zoo, they conducted feeding tests on a pair of giant pandas to measure your selection of bamboo. They discovered that they prefer stems rich in carbohydratesfound on woody stems, to the leaves richest in protein.

At some times, pandas ate culm (aerial stems) almost exclusively; for example, 98% of the time in the month of March. The researchers analyzed data from five Chinese zoos with giant pandas and also found a high-carbohydrate, low-protein diet.

This showed that sloths prefer a high-fat, low-carbohydrate diet, similar in composition to their wild diet of termites and ants, as well as their eggs and larvae. Their choices were very different from the high carbohydrate diet they normally receive in captivity.

The researchers relate this fact to the Life expectancy. Sloth bears, native to India, typically live only about 17 years in zoos, nearly 20 years short of the maximum lifespan achievable in the wild or under proper human care. The most common cause of death is Liver cancer.

In the case of it also happens that polar bears in zoos usually die about 10 years earlier than they should, most of the time due to kidney and liver diseases. These diseases can develop from long-term inflammation of these organs, possibly caused by many years of poorly balanced diets.

In zoos, polar bears are often fed a similar diet intended for big cats, containing about two parts protein to one part fat, just the opposite of what their wild counterparts consume. But all the studies done show that when captive bears have different dietary options, they choose foods that mimic those of the free-living individuals.

“There’s this idea that humans with PhDs know a lot more than a sloth or grizzly bear,” says Robbins. “But bears began to evolve about 50 million years ago, and in terms of this aspect of their diet, they know more than we do. We are one of the first willing to ask the bears: What do you think? You want to eat? What makes you feel good?” he adds.

Robbins has studied bear nutrition for decades. He and several graduate students began research in Alaska, watching grizzly bears eat salmon. Before starting the research, they had theorized that the ravenous bears would gorge themselves on salmon, sleep, get up and eat more salmon. It was not like that: they verified that the bears ate salmon, but then wandered off and spent hours searching for and eating small berries.

Seeing this, Robbins, founder of the WSU Bear Center, the only research institution in the United States with a captive population of grizzlies (brown bears), began to investigate the diet of these animals and discovered that they gained more weight when fed with a combination of protein, fat and carbohydrates.

The conclusion of the scientists is that The eight types of bears – Ursids – have a common carnivorous ancestor, but have since evolved to eat a wide variety of foods, which gave them the ability to expand to more areas by not directly competing with the resident carnivores. “Being an omnivore opens up a lot more food resources than being a high-protein carnivore,” says Robbins.