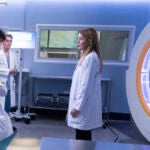 Jimmy Kimmel was delighted on Thursday’s episode of “Jimmy Kimmel Live” by the surprising news that President Joe Biden has initiated some (long overdue) changes in America’s cannabis policies. And he had a pretty good joke to mark the occasion, referencing one of America’s biggest advocates of cannabis.

In case you missed it, earlier Thursday, President Biden announced that he has pardoned all US citizens and legal residents who have federal convictions for simple possession of marijuana. (Meaning, people who were not charged with intent to distribute.) This could potentially affect at least 6,000 people. He also urged state governors to do the same for people convicted at the state level.

But Biden also announced something even more important: That he has directed Secretary of Health and Human Services, Xavier Becerra and Attorney General Merrick Garland “to initiate the process of reviewing how marijuana is scheduled under federal law.” Currently, cannabis is a schedule I drug, which means the federal government considers it both dangerously addictive and of no medical value. This puts cannabis in the same category as heroin — but not fentanyl, which is schedule II.

In other words, by official decree the US government considers cannabis to be more dangerous than fentanyl. Likely we don’t have to explain how idiotic this is. Even Biden says “It makes no sense.” More to come on this, obviously, but a good start toward reversing decades of terrible policy — and catching up to where Americans are on the issue. (They’re overwhelmingly in favor and it’s not even close: 91% support at least some form of legalization.)

“Hey, here’s some good news,” Kimmel said as he brought the topic up in his monologue. “Grampotus Joe-tus made a big announcement today. Biden fulfilled a campaign promise and pardoned all prior federal offenses for marijuana possession.”

“Yeah, this is a very big deal and will affect more than six thousand Americans. Their criminal records will be cleared,” Kimmel continued. “He also encouraged Governors to do the same on the state level, he has promised that his administration will review whether marijuana should still be classified as a Schedule 1 drug. And he gave the Presidential medal of freedom to a bag of Funyuns. So, progress.”

Kimmel noted that Biden hasn’t fully come out in support of full legalization, “which will probably have to wait until we have a President Woodrow Harrelson or something.” But, he said, “it is the most cannabis-friendly decision by a President yet.”

“And I, for one, am just glad Willie Nelson is alive to see this happen,” Kimmel joked.

Sadly, Willie hasn’t weighed in yet. But we laughed.

Kimmel also made some jokes about Donald Trump, and he talked about the latest development in the latest Herschel Walker scandal.

You’ll recall that Walker, a Georgia US Senate candidate who supports s total ban on abortion, turns out to have once paid for one of his many secret girlfriends to have one. He denied that this happened, despite clear proof the woman provided, and claimed not to know anything about the woman. But then it turned out that the woman is mother to yet another of the secret children Walker lies about not having.

About that, Kimmel joked, “so now Republicans are… they’re scrambling to figure out how to handle this. Do they continue to back him for the Senate, or do they ask him to drop out so he can run for President in two years?”

You can watch the whole monologue at the top of the page now.