Review of ‘The Promise of Hasan’ 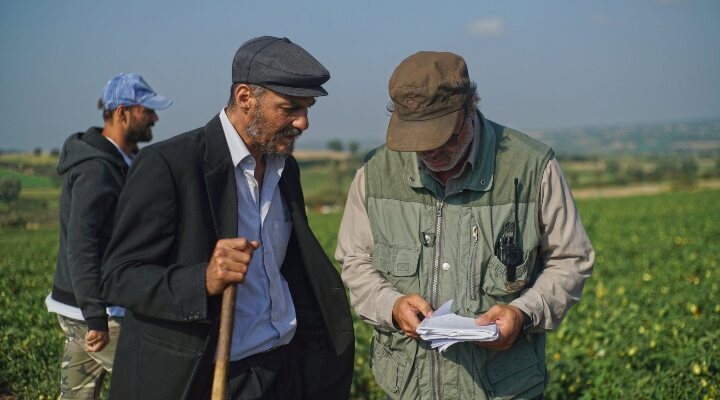 After making his acclaimed Yusuf Trilogy, in which he narrated the social, cultural and economic changes of his native Anatolia, Turkish Semih Kaplanoglu returns to the big screen with a new thematic saga. After dealing with motherhood in ‘Asli’s promise’, she now chooses to put the focus on the survival of agriculture in ‘Hasan’s promise’, shown in the Un Certain Regard section of the 74th Cannes Film Festival and representative of Turkey in the category of best international film at the 94th Oscar Awards.

Second installment of the Engagement Trilogywhich will end with ‘Fikret’s promise’, ‘Hasan’s promise’ begins with the threat of the destruction of the apple and tomato fields of the protagonist who gives the film its title, played by Umut Karadag -known in Turkey for series like ‘Hakal’-. It is a tragedy for a man who sees how the lands of his father, which in turn belonged to his grandfather, are in danger of being lost to place a new antenna that allows a greater electrical connection to the area.

Kaplanoglu, who also signs the script, could have made a feature film in the purest style of Carla Simón and her ‘Alcarràs’, portraying with a certain melancholy a type of life and work that new technologies seek to bury (despite the fact that Humanity could not live without agriculture and that it is essential for development, something that has been seen more clearly after the outbreak of the COVID-19 pandemic and the subsequent Russian war in Ukraine). Nevertheless, the filmmaker does not go for the foreseeable, but chooses to bare the conscience of his protagonist, an apparently virtuous and generous man who offers the image expected of the honest farmer. 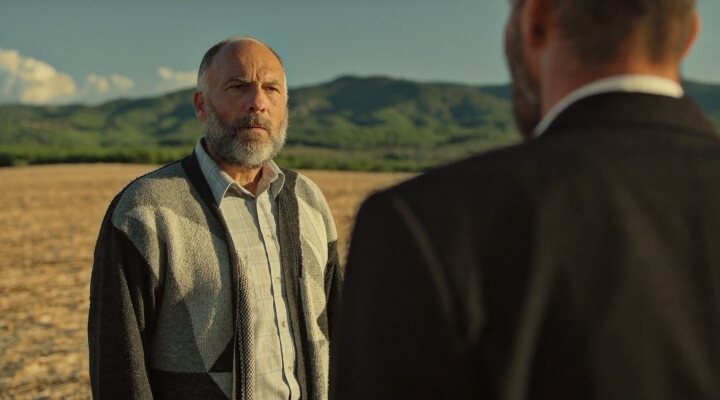 Nevertheless, the filmmaker uses the premise of a pilgrimage trip to Mecca to expose the protagonist’s ‘sins’, of how he anointed a judge to benefit him in the distribution of the lands inherited from his father and how this caused an enmity of more than two decades with his brother; of how he exploited his former foreman, whom he accused of stealing, when he was the one who warned her that the pesticides he was using on the crop were harmful, or of how he will take advantage of the misfortune of a neighboring farmer to buy his land at a price below the market price.

Despite acting in an unethical manner, Kaplanoglu does not profile the protagonist as a villain or a bad man, but rather exposes his survival instinct., the one with which he is able to buy back from a corrupt judge to move the antenna to a neighboring land. His wife, played by Filiz Bozok, is not far behind in terms of arrogance and certain exploitative tendencies. The interesting thing is that the director does not outline them as a marriage in the purest Macbeth style, but he does show how their guilt and bad practices have caused that, despite understanding each other, they have undermined mutual trust. 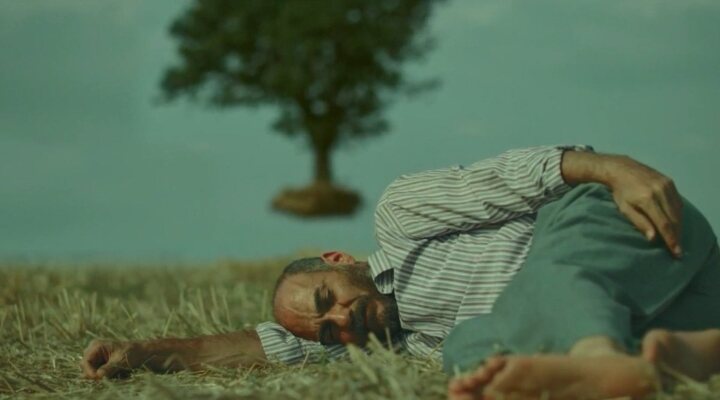 In the background, ‘The promise of Hasan’ is a portrait of the most uncomfortable side of survival in the rural environment, the one that is seen as the ideal Arcadia by urbanites. Very symbolic are the scenes referring to Hasan’s daydreams or how in a sequence his own crop rebels against its owner (it is the most graphic moment of the film). To this is added an aesthetic care and a contemplative narrative that reminds us that Kaplanoglu is a contemporary of one of the most praised Turkish filmmakers of today’s cinema, Nuri Bilge Ceylan. This is evident in the photography style of Kaplanoglu’s regular collaborator Özgür Eken, whose melancholic and evocative image contrasts nicely with his protagonist’s actions.creating a naturalistic fable with incredible visual beauty, along the lines of ‘Winter Dream’ or ‘The Wild Pear Tree’, by the aforementioned Ceylan.

‘Hasan’s promise’ is a splendid drama about the current reality of the rural world, crude portrait whose beauty lies in an aesthetic section and a narrative style designed for the most gourmet viewer. Kaplanoglu triumphs again with a thematic saga, after what was achieved with ‘Huevo’, ‘Leche’ and, especially, ‘Miel’, brand new Golden Bear in Berlin. It remains to be seen whether the long-awaited ‘Fikret’s Promise’ will measure up.

The best: His aesthetic section is exquisite, his photography conveys that mixture of melancholy, guilt and nostalgia.

Worst: Its narrative is somewhat slow, only suitable for viewers who admire contemplative sequences.