‘Black Panther,’ ‘Knives Out’ Sequels Top the Most Anticipated Movies of November | Chart 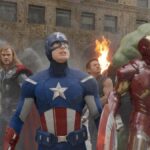 When a movie rakes in $1.3 billion at the box office, it’s safe to assume fans can’t wait for a sequel. And that’s clearly the case with “Black Panther: Wakanda Forever,” the follow-up to 2018’s “Black Panther,” with the new Marvel flick topping Whip Media’s list of the most anticipated movies of November, which is based on more than 23 million global registered users of the TV Time app, which allows fans to track their favorite TV shows and movies.

“Wakanda Forever” is set to hit theaters Nov. 11, with Ryan Coogler again at the helm as director and co-screenwriter, alongside Joe Robert Cole.

While the latest “Black Panther” will be absent Chadwick Boseman, who tragically died in 2020 after a long battle with colon cancer, several big names are returning for the sequel. Lupita Nyong’o, Danai Gurira, Martin Freeman, Winston Duke, Angela Bassett and Letitia Wright will reprise their roles in “Wakanda Forever,” and they’ll be joined by newcomers like Dominique Thorne, who plays Ironheart in the new film.

Still, “Wakanda Forever” isn’t the only sequel fans can’t wait to see. “Enola Holmes 2,” the follow-up to — you guessed it — “Enola Holmes,” came in second place in Whip Media’s rankings. The original film focused on Sherlock Holmes’ teenage sister heading to London to find her missing mom — and quickly getting caught up in a large-scale mystery. The sequel is set to hit Netflix on Nov. 4.

See also  Coca-Cola will raise its price; we tell you when and how much it will increase

Netflix also scored the bronze medal for November, thanks to “Glass Onion: A Knives Out Mystery.” (Yes, November is apparently the month of the sequel.) The follow-up to 2019’s “Knives Out” will have Daniel Craig return as detective Benoit Blanc and also feature Edward Norton and Janelle Monae, among many others. “Glass Onion” will debut in about 600 theaters on Nov. 23 and will play for one week, before hitting Netflix on Dec. 23.

Another sequel helped Disney make its first appearance on the ranker, with “Disenchanted,” the sequel to 2007’s “Enchanted,” grabbing the fourth spot. The sequel trend halted with the black comedy-horror flick “The Menu” coming in at No. 5; the Adam McKay-produced flick premiered last month at the Toronto International Film Festival and is scheduled for its wide release on Nov. 18.

The sixth spot is particularly interesting, with “Weird: The Al Yankovic Story” being a Roku original. The Weird Al biopic has a star-studded cast, headlined by Daniel Radcliffe playing the parody artist. Other big names include Evan Rachel Wood, Will Forte, Conan O’Brien, Jack Black, Quinta Brunson, among many others. “Weird” will hit The Roku Channel on Nov. 4. 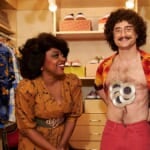 The Jason Mamoa-led “Slumberland” grabbed the seventh spot, while the computer-animated “Strange World” from Disney came in eighth place. Apple TV+ got in on the action, too, with “Spirited,” its upcoming modern take on “A Christmas Carol.” The musical-comedy, starring Will Ferrell and Ryan Reynolds, will hit the select theaters on Nov. 11 before heading to the streaming service a week later.

The last film in Whip Media’s ranker packs a punch, too, with “The Fabelmans” from Steven Spielberg rounding out the top 10. The coming-of-age drama film, set in post-World War II Arizona, premiered at TIFF back in September and will have its full-scale release on Nov. 23. It stars Michelle Williams, Seth Rogen and Paul Dano.

Overall, two of the top 10 flicks are streaming-only releases — hopefully signaling movie theaters are continuing to rebound from the pandemic’s body blow.

Sean Burch is a marketing insights analyst at Whip Media, a WrapPRO partner. Click here for more from Whip Media. 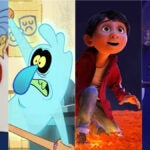