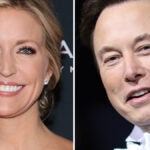 California Gov. Gavin Newsom has laid the blame for the Paul Pelosi attack at the feet of Fox News, saying the network’s mocking coverage of the Speaker of the House’s husband created “a culture and a climate” that partly led to the assault.

Nancy Pelosi’s 82-year-old husband was attacked by an intruder with a hammer last week at their San Francisco home.

“I’ve seen the dehumanization of Nancy Pelosi,” Newsom told CBS News in an exclusive interview. “I don’t think anyone’s been dehumanized like she has consistently. Now I watched this one guy, Jesse Watters or something on Fox News. What he’s been saying about Paul Pelosi the last five, six months, mocking him consistently. Don’t tell me that’s not aiding and betting all this. Of course it is.”

David DePape, 42, faces federal charges connected to the attack of attempted kidnapping and assault. The Canadian and California resident reportedly told investigators he had sought to take Nancy Pelosi hostage and potentially “break her kneecaps from her.”

“They’re sowing the seeds, creating a culture and a climate like this,” Newsom added of Fox News. “I mean, look online. Look at the sewage that is online that they amplify on these networks and in social media to dehumanize people like Nancy Pelosi and other political leaders.”

Fox News did not immediately respond to a request for comment about Newsom’s remarks. 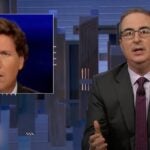 Newsom’s comments were part of a wider-ranging interview that, according to CBS News, included his thoughts on the prospects for Democrats in the midterms, President Biden in 2024, and his own political future. It will air on the “CBS Evening News with Norah O’Donnell” Tuesday night.

You can watch the excerpt of Newsom’s “CBS Evening News” interview at the top of this post.