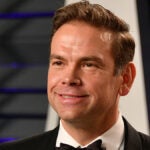 Sony Pictures Entertainment on Tuesday reported a $202 million drop in operating profit for the quarter ending Sept. 30, a 30% drop from a year ago despite the success of Brad Pitt’s “Bullet Train” — which grossed $233 million in worldwide ticket sales.

Overall, parent company Sony recorded a 24% increase in profit, to $1.8 billion, on the strength of an uptick in music sales from hits like Beyoncé’s “Renaissance” and Harry Styles’ “Harry’s House” as well as gains in financial services and imaging /sensingsolutions.

Despite shipping 3.3 million PlayStation 5 game consoles during the quarter, Sony reported a 49% drop in operating income from its gaming and networks division, to $284.5 million. The company blamed higher costs of software development, foreign exchange rate issues as well as the costs from its $3.6 billion acquisition of “Halo” game developer Bungie.

The company also confirmed a modest drop in PlayStation Plus subscribers, to 45 million.

The company downgraded its full-year profit forecast for the gaming business by 12%, to $1.5 billion.

In addition to “Bullet Train,” Sony also released two other films during the quarter: “Where the Crawdads Sing,” a modestly budgeted drama that grossed an impressive $132 million globally, and the period action film “The Woman King,” which launched beats in the quarter to the tune of $44 million. 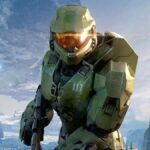 See also  Schitt's Creek: 5 Relationships Fans Supported From The Start (5 That Surprised Everyone)