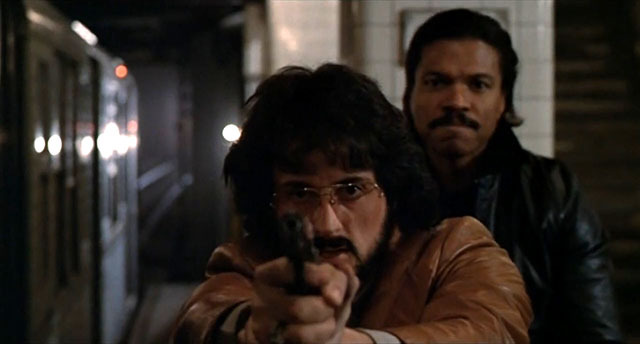 With Sylvester Stallone’s Tulsa King premiering, we decided to take a look back at an under-seen Stallone gem – Nighthawks!

THE STORY: International terrorist Wulfgar (Rutger Hauer), now unrecognizable after plastic surgery, flees to New York City. Enter NYPD cop Deke DaSilvia (Sylvester Stallone), who, along with his partner el Fox (Billy Dee Williams), finds himself transferred to the newly created anti-terrorism unit, in order to help take down Wulfgar once and for all.

THE HISTORY: The history behind Nighthawks is compelling stuff. Originally conceived as a third French Connection sequel, which would have pitted Gene Hackman’s Popeye Doyle up against a terrorist modeled on the infamous Carlos the Jackal, while also pairing him with a partner that producers hoped would be played by Richard Pryor, the project went kaput when Hackman decided he had enough of the role. The script made its way to Universal, where it was redeveloped into a project for Sylvester Stallone, then coming off the first two Rocky movies, meaning he was a star, but not quite the icon he would become.

Nighthawks it was a very difficult film to make known because no one believed that urban terrorism would ever happen in New York thus felt the story was far-fetched. Nighthawks was even a better film before the studio lost faith in it and cut it to pieces. What was in the missing scenes was extraordinary acting by Rutger Hauer, Lindsey Wagner, and the finale was a blood fest that rivaled the finale of “Taxi Driver.” But it was a bloodfest with a purpose. – Sylvester Stallone – Ain’t It Cool News Q&A

Rutger Hauer, who had recently become an art-house heartthrob when his Paul Verhoeven films, turkish delight and Soldier of Orange made their way to America, was imported to play the sophisticated terrorist Wulfgar. Fitting their on-screen animosity, Stallone and Hauer quickly went to war on the set, although both admitted years later that they had a gruding respect for each other’s work and that bygones were just that – bygones. The tension wasn’t helped by the fact that, after a week, director Gary Nelson, who was then coming off two Disney movies, freaky friday and The Black Hole, was fired, briefly leaving the production without a director. Sly filled in, but got into hot water with the DGA, and Bruce Malmuth, whose biggest project up to that point had been an “Afterschool Special” was hired. Smooth sailing it was not – with the finished film being cut and recut, first by Sly, then by the studio. In the end, many of Stallone’s dramatic scenes were cut, Billy Dee Williams’s character became minor, Lindsay Wagner, then best known as TV’s “The Bionic Woman”, found that most of her role was excised, and Hauer’s grand guignol death scene was cut to ribbons. Even still, the movie did pretty well financially, grossing close to $20 million, four times its budget, although the movie is pretty obscure nowadays.

It was a little bit ahead of its time in that I was dealing with urban terrorism. Now, with the World Trade Center, it’s happening. At the time, people couldn’t relate to it, and the studio [Universal] didn’t believe in it. Rutger Hauer’s performance held it together—he was an excellent villain. – Sylvester Stallone Interview – ew 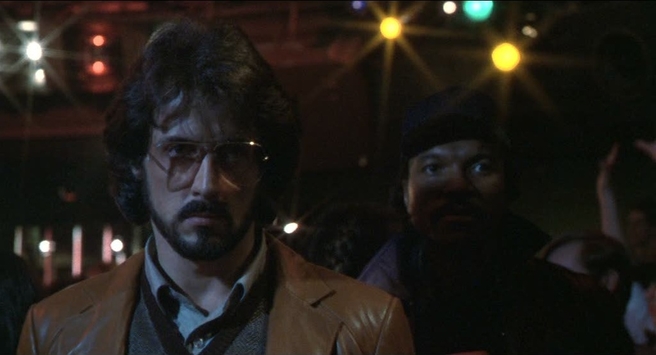 WHY IT’S GREAT: Nighthawks shouldn’t be great. The whole production process sounds like it was a nightmare, and given how hastily it was cut and recut, it should be choppy as hell. Yet, even if it’s compromised it works rather well, thanks to a plot that, at the time, may have seemed far-fetched but now is all-too realistic (urban domestic terrorism). It’s worth noting that Stallone’s performance is one of his best. I love Sly, but Sly pre-ROCKY III/FIRST BLOOD is a different beast. At the time many saw him as a Brando-like method actor rather than an action hero, and as such the movie is a thriller more than an action flick.

The more dangerous the villain, the more it gives credit to the hero. I read a book by the real terrorist who the character was based on, and it was pretty scary. And it wasn’t a stupid book. The whole idea was, as a bad guy, you don’t look like the devil and you don’t behave like an idiot. You know, I think the devil is very smart, probably smarter than all of us. – Rutger Hauer Nerve.com Interview 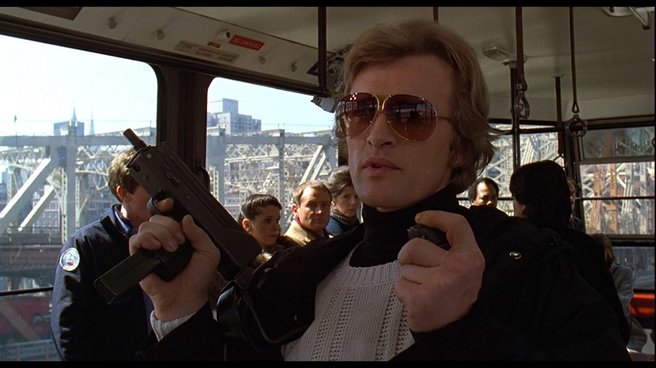 The story, and DeSilva’s horror at Wulfgar’s actions are at the forefront – and notably Sly only kills one person in the film – Wulgar himself. It’s the journey to that end that makes Nighthawks compelling, with him bristling at the idea that, as a cop, he should be expected to coldly execute anyone. That he underestimated Wulfgar’s sadism is what the plot hinges on with Hauer’s wild-eyed baddie, stronger and smarter than DeSilva could ever hope to be. But, if he’s gonna protect and serve, DeSilva’s got to put him down. Their good vs evil tango is compelling, and oddly enough, the re-editing which sidelined Williams and Wagner may have actually helped the film, making it much more about Stallone vs Hauer, and a two-hander.

See also  The Crown: 10 Actors Who Would Play Today's Royals

It’s worth noting that Hauer is at the peak of his abilities here, with Wulfgar magnetic throughout. It’s no wonder he started getting so many offers in the wake of this, with bladerunner following the next year. The movie also has a cool, grimy, pre-Giuliani NYC vibe, and I’m not sure who should be getting the credit, Nelson, Malmuth or Sly himself. It feels seedy in that late-seventies, early-eighties grindhouse way, with nifty character actors like Joe Spinell in the cast, and a funky prog-rock score by Keith Emerson of Emerson, Lake & Palmer. There’s nothing quite like Nighthawksand while it’s dated, that’s part of its charm. 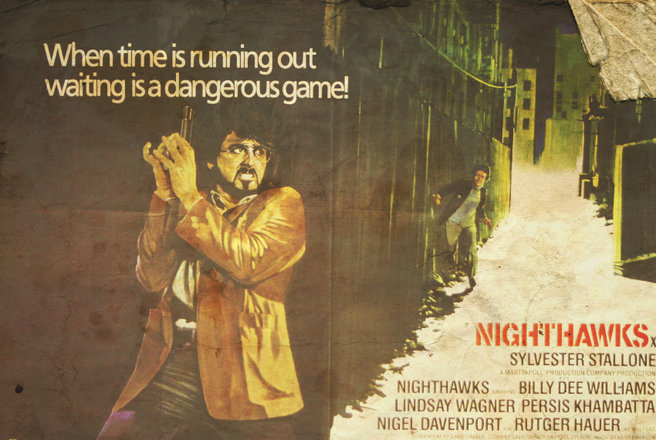 BEST SCENE: Ever see Stallone in drag? Watch Nighthawks and you’ll get your chance, with his habit of dressing up as female decoys being a rather idiosyncratic touch, especially given the serpico-style beard he rocks throughout.

SEE IT: The best way to see Nighthawks is without a doubt via the recent Shout Factory blu-ray re-release. All previous DVD versions were missing music tracks (like The Rolling Stone’s “Brown Sugar”) and generally looked like ass. Shout Factor did a great job restoring the movie to HD on Blu-ray and is the only way to go.

PARTING SHOT: Nighthawks is one that’s bound to surprise even some of the most devoted Sly fans. It falls into a little-examined period in his career when he was struggling to find his footing at the box office and Hollywood had n’t quite figured out what to do with him yet. If you’ve never heard of it, give it a try. I think you’ll love it.

For more Nighthawks love, check out our episode of Stallone Revisited on it!