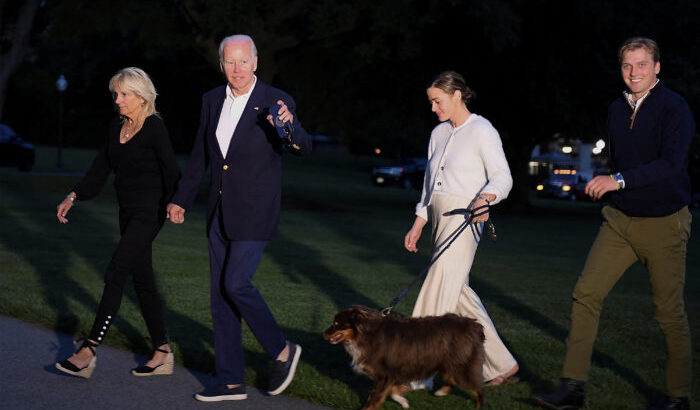 The gardens of the White House were the scene this Saturday of the wedding of Naomi Biden, granddaughter of US President Joe Biden. This is the 19th wedding celebration at the presidential residence.

Although it was a closed event for the press and few details have emerged, photos published by the US media taken from the air show that between 250 and 300 people attended the ceremony and that it took place in the middle of the lawn, in front of the south portico of the building.

A simple altar decorated with flowers and plants was placed there, as well as folding white chairs on which the guests sat, including President Biden and First Lady Jill Bidenwho have a total of six grandchildren.

The facade and the steps of the White House were decorated with pompous garlands and white floral decorations and from the steps to the altar a white carpet was laid on which the bride and groom and their godparents walked.

At her wedding to Peter Neal, a 25-year-old lawyer, Naomi Biden wore a long-sleeved dress with a long train and a veil that she says CNN, would be designed by the American Ralph Lauren.

Very close to her grandfather, Naomi Biden is 28 years oldis a lawyer in Washington and is the daughter of Hunter Biden, the second child the president had with his first wife, the late Neilia Hunter Biden.

In fact, the couple has been together for four years and has been living in the presidential residence. In addition, they have chosen a symbolic date for the ceremony because tomorrow the President turns 80, becoming the first octogenarian to inhabit the White House.

As the president’s spokeswoman, Karine Jean-Pierre, explained on Friday, at the express wish of the couple, the wedding has been a family and private event. The expenses, the institution assures, have been borne by the Biden family. 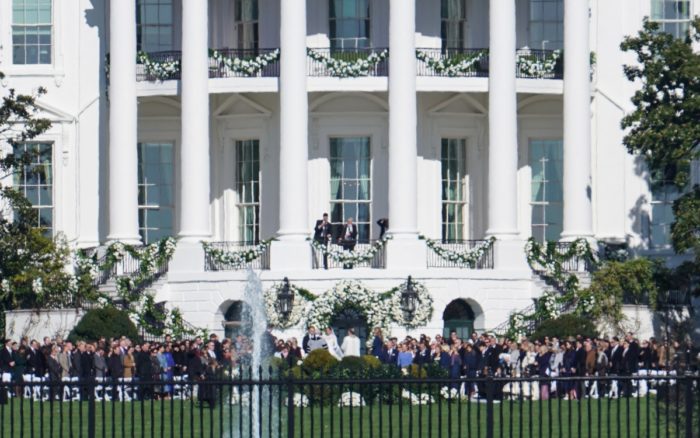 After the ceremony, most of the guests left and the most intimate entered the White House for a meal. In the evening they will all return to participate in a reception, which will include a dance.

In the 200-year history of the White House, a total of 19 weddings have been celebrated, nine of them daughters of presidentsincluding Lyndon Johnson’s, Lynda, in 1967 and Richard Nixon’s, Tricia, in 1971.

A president, Grover Cleveland, was also married in the White House. As were people who were not related to presidents, such as Pete Souza, Barack Obama’s official photographer who married in 2013 in a small ceremony. (EFE)