The Holiday: Where to Watch and Stream in 2022 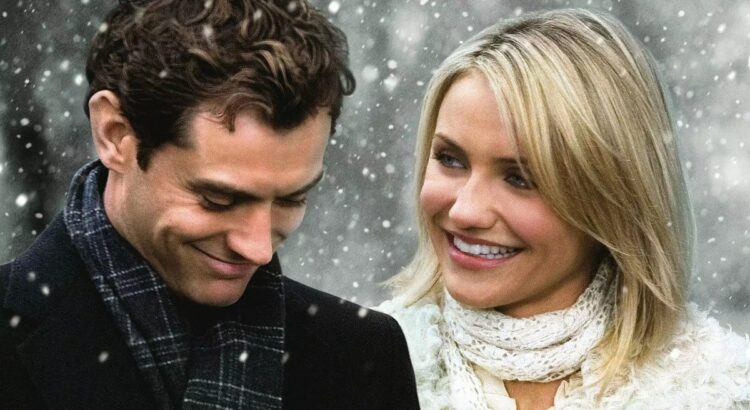 “The Holiday” (2006) falls in the fan-favorite canon of Christmas films every year for its sincerely heartfelt story of love found in the least-expected places. And given that it’s a yearly tradition for many, you might be wondering where to stream “The Holiday” right now.

A classic switcheroo from romantic comedy filmmaker veteran Nancy Meyers trades Amanda (Cameron Diaz) for Iris (Kate Winslet) as the two women decide to participate in a home swap when they aren’t having luck with love. Iris’ love for Jasper (Rufus Sewell) remains unrequited while Amanda’s longtime boyfriend Ethan (Edward Burns) has cheated on her, and she doesn’t exactly feel sad about it, so she kicks him out of her fancy LA mansion (she cuts movie trailers for a living).

Amanda heads to Iris’ cozy cottage just outside London, where Iris’ brother Graham (Jude Law) comes calling drunk late one night. Of course he and Amanda sleep together, and they do so a few more times before Graham takes her on a real date to get to know her. A widower, he has two adorable daughters whom he doesn’t tell Amanda about, until she pops over one night to unexpectedly meet them. Meanwhile Iris is having a great time in Amanda’s large and in charge house, with the pool, in-home movie theater and cozy bedroom. She befriends her neighbor Arther (Eli Wallach) and comes to learn that he is a big name Hollywood. She helps him strengthen his legs to walk onstage with for a special reception hosted in his honor, and she falls for Miles (Jack Black) in the process after he stops by Amanda’s house a few times to communicate for Ethan.

Both women question the long distance of their relationships, but Graham and Iris being related and Amanda and Miles working in the same circles helps things. Magically, Amanda cries tears (of joy) at the thought of leaving Graham behind and Miles realizes that he is too good for Maggie (Shannyn Sossamon) and starts seeing Irish. The perfect cheesy cornball Christmassy happily ever after! Oh, and John Krasinski and Kathryn Hahn appear as Amanda’s assistants for a very brief cut early on in the film.

Anyway, where might one watch or stream “The Holiday” this year? We have some leads below, and we will update this piece as the film starts to circulate again in the upcoming Christmas season.

Where Is “The Holiday” Streaming?

Unfortunately, as of right now, “The Holiday” is not streaming on any major streaming service but if you have a cable subscription, you can watch it on the TBS or T.N.T. websites or apps (and it’s also going to be playing on TV on those channels quite a bit).

Can I Rent “The Holiday?”

You sure can! You can rent or purchase the film digitally from a variety of retailers including Prime Video ($2.99 ​​to rent), Apple TV+ ($3.99 to rent), as well as Vudu, AMC Theaters on Demand, AppleTV+, Google Play, YouTube TV, Microsoft TV , Redbox and Spectrum. DirecTV is an option for purchase in addition to all the aforementioned services.

Are Other Nancy Meyers Movies Streaming?