James Gunn, DC’s new co-chairman, talks about the possibility of returning to Marvel in the future 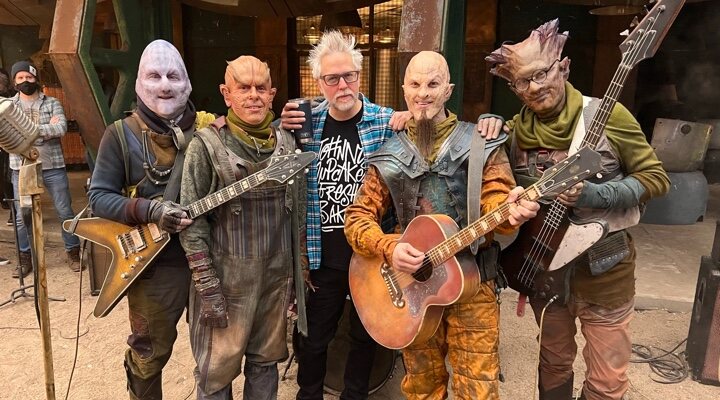 James Gunn has combined his work for years in the two main superhero franchises: Marvel Studios and DC. He joined the Marvel Cinematic Universe in 2014 as director and co-writer of ‘Guardians of the Galaxy’ and after the success of the film he continued his journey through this universe with the sequel and with ‘Avengers: Infinity War’, in that related to the characters from him. In 2018 he was fired from Marvel and Warner Bros. took the opportunity to sign him to DC, Gunn taking charge of ‘The Suicide Squad’ and its spinoff, ‘The Peacemaker’. During this time he was rehired by Marvel to take over the third Guardians installment, so he began and continues to juggle his work on both franchises. Until recently there was no problem, but a month ago it became official that Gunn was the new co-chairman of DC Studios and, according to the latest news, this entails a 4-year exclusive contract with DC, but it could be extended. His new position at DC practically destroys the possibility of seeing him again at Marvel Studios once he finishes with ‘Guardians of the Galaxy Vol. 3’, however, Gunn has spoken about it.

In an interview for ETGunn was asked if ‘Guardians of the Galaxy Vol. 3’ will be his last MCU movie, to which the DC president replied: “At least for now. I mean, never say never. Who knows? But for now, yes.” Your new position will undoubtedly keep you busy and His statements seem to make it clear that in the short or medium term we will not see Gunn at the controls of a Marvel Studios project again, but that “never say never. Who knows?” opens, even minimally, a door to see it in the future, however distant it may be. Gunn won the affection of the Marvel fans in 2014 with the premiere of ‘Guardians of the Galaxy’, a film that in general terms was and is very loved by all UCM fans. In it he introduced us to a group that didn’t enjoy much fame or interest in comics and turned them into a team loved by many people. According to Gunn in the same interview, the ‘Vol. 3’ marks the end of the history of these Guardians as we know them.

See also  The rains do not stop the fall of the reservoirs, which are already only at 32.5%, the lowest figure since 1995

‘Guardians of the Galaxy Vol. 3’, which opens in theaters on May 5, 2023, will make us laugh as well as touch our hearts, as Gunn explains: “It’s got the fun we’ve come to expect from Guardians, but it’s also an incredibly serious story in a way, where we tell the end of the Guardians story and the end of Rocket’s story and where he came from. We need to go back to tell the end.” On the adventure of the Guardians since his debut on the big screen he says: “I think deep down it’s always been emotional. The Guardians journey started with a little boy watching his mother die in front of him and he went, you know, running somewhere else… I think a lot of us, from In different ways, we’ve escaped our childhood traumas and gone somewhere else. And that’s the heart of the Guardians story.”

Tomorrow James Gunn’s penultimate project at the UCM, ‘Guardians of the Galaxy: Happy Holidays Special’, arrives on Disney Plus, a new adventure that will last about 40 minutes. In it we will see the entire group except Gamora, who after the events of ‘Avengers: Endgame’ left the team. Star Lord is depressed by his departure, so the rest of the crew will head to Earth with the aim of giving him a Christmas present that will cheer him up. The gift is about, neither more nor less, the idol of Peter Quill, Kevin Bacon, who will be played by the actor himself. Obtaining this gift will not be easy, it will also cause the Guardians of the Galaxy to experience more than one surreal moment on our planet…

See also  AdHouse books will close with the 100th publication, Grass of Parnassus

‘Guardians of the Galaxy, directed and written by James Gunn, premieres tomorrow on Disney Plus.